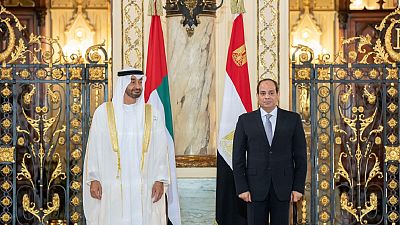 The first MoU focuses on ensuring integrated management of water resources while the second addresses technical cooperation in the field of standard specifications and technical regulations. They were signed by Dr. Sultan bin Ahmad Sultan Al Jaber, Minister of State, and Egyptian Minister of Housing, Utilities and Urban Communities Dr Assem al-Jazzar.

The third MoU deals with fostering prospects of cooperation in the field of housing, construction and infrastructure and was signed by Dr. Sultan bin Ahmad Al Jaber and Egyptian Minister of Trade and Industry Amr Nassar.