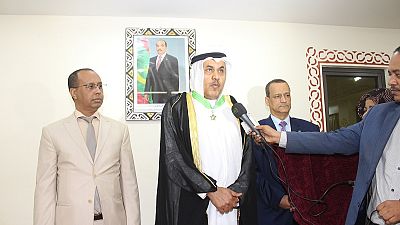 The award was presented by Ismael Ould Cheikh Ahmed, Minister for Foreign Affairs and International Cooperation of Mauritania, during a meeting held at ministry's premises.

On the occasion, Ambassador Al Kalbani thanked the Mauritanian authorities for the appreciation and cooperation he received during his stay in Mauritania, praising the brotherly relations between the two countries.

The ceremony was attended by senior officials.