Churches call for support amid devastation caused by Cyclone Idai 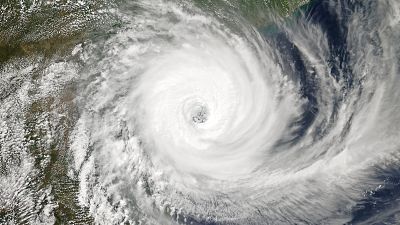 More than 100,000 people are still stranded from massive flooding caused by a devastating cyclone and heavy rainfall in Mozambique and neighboring southeastern African countries. As the numbers of victims and people displaced are still unfolding, churches in the region are calling everyone to join in prayers for the wellbeing and protection of those affected.

With winds of more than 177 km/h, the cyclone has moved inland across Zimbabwe and Malawi. Leaving a trail of devastation which is still to be apprehended, Cyclone Idai may become the worst disaster in the southern hemisphere.

According to the Mozambique Ministry of Land and Environment, 3,000 people have already been rescued, but 15,000 are still trapped by the flooding and need to be rescued. The death toll has risen to 300 people in Mozambique and Zimbabwe.

The United Nations Office for the Coordination of Humanitarian Affairs estimates that a total of 1.6 million people have been affected in three countries. With shortages of food and clean drinking water, the threat of disease spreading is growing.

In Malawi, a national disaster was declared already on 8 March as a result of the heavy rainfall and devastating floods which affected many parts in the southern region of the country. The disaster has left 23,000 households affected leaving about 115,000 people displaced and homeless and more than 60 people dead.

“We call upon you to join in prayers and sympathising with all the people who are trapped in this catastrophic incident and the support for these thousands of people that are displaced and rendered homeless, missing and injured”, says Rev. Alex Benson Maulana, general secretary of the Church of Central Africa Presbyterian Blantyre Synod from Malawi.

The people affected urgently need food, clothing, utensils, shelter and many other things. “We appeal to our partners and all people of goodwill to spare some resources and whatever you can to support our fellow brothers and sisters who are now struggling with life”, says Maulana.

The synod is collecting relief items from its members in order to reach out to some of those that are not noticed by other humanitarian organisations. Many synod members have been affected too.

“We feel saddened by the news of so many people who have lost their lives in Malawi, Mozambique and Zimbabwe through this cyclone, and many more people have been displaced”, said Dr Isabel Apawo Phiri, WCC deputy general secretary, who was born in Malawi.

According to Phiri, the impact of this disaster is much worse because of high levels of poverty in the region mean that the majority of poor people are badly hit without governmental systems in place to assist them in their time of greatest need.

“Our thoughts and prayers are with the families and our member churches who have lost their loved ones and who have been displaced as a result of this disaster”, said Phiri. “We pray also for the long term plans to protect people and the environment from similar disasters.”