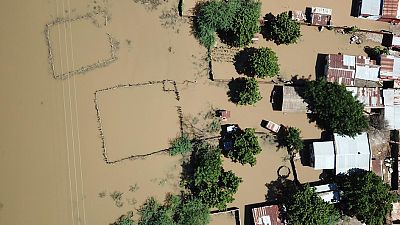 The UN chief has expressed his sadness at the loss of life and displacement across Zimbabwe, as a result of the deadly Tropical Cyclone Idai, which has pounded Southern Africa in recent days, leaving at least 150 dead in Malawi alone, according to latest news reports.

“The Secretary-General is saddened by the loss of life, destruction of property and displacement of people due to the heavy rains and flooding,” said a statement from António Guterres on Sunday, passing on condolences to the families of the more than 30 people who have died in Zimbabwe, since the cyclone moved westwards from Malawi and Mozambique.

“The United Nations expresses its solidarity with the Zimbabwe authorities and stands ready to work with them as they respond to the humanitarian needs resulting from this disaster,” Mr. Guterres added.

According to the World Food Programme (WFP), preliminary projections indicate that at least 1.7 million people were affected in the direct-path of the cyclone in Mozambique, with a further 920,000 in Malawi.

A spokesperson for WFP said on Sunday that teams had been active on the ground in all three countries, planning to target around 650,000 with food assistance in Malawi, and 600,000 in Mozambique.

WFP said it would be scaling-up provision of life-saving services for the treatment of moderate-acute malnutrition in children up to 5-years of age, in communities affected by the cyclone. A WFP plane with 20 tons of emergency food assistance arrived this weekend in Mozambique; 30 WFP funded boat pilots were mobilized, and staff and material have been deployed in Beira, Zambezia and Tete.

In the coming days , WFP said it will be able to scale up the response with larger distribution of food.

Download logo
Aerial view of Tengani, Nsanje, Malawi, affected by floods due to the incessant rains from March 5 to March 9 2019