Ahead of International Women’s Day, the International Rescue Committee’s (IRC) violence experts today revealed the five most dangerous places to be an adolescent girl right now. Analyzing indicators such as child marriage, adolescent birth rates, literacy, rates of violence and child labor, in contexts where IRC operates, IRC experts concluded that conditions in Niger, Yemen, Bangladesh, South Sudan and the Central African Republic (CAR) are currently posing the most dangers to girls living there. The IRC calls on the international community to redouble its efforts to prevent and respond to violence against women and girls in all humanitarian settings.

IRC compared available data against the expertise of its staff to develop the list of the most dangerous places for girls.  Adolescent girls living in each context included in the list are facing violence, discrimination, and a lack of equal opportunities. Notable figures contributing to the conclusions include:

“These disturbing numbers prove just how critical it is for humanitarian actors like the IRC to provide programs that address the unique needs of adolescent girls”, said Nicole Behnam, senior director of IRC’s Violence Protection and Response unit. “They are amongst the most marginalized populations on earth, and efforts to support and empower them are lifesaving, not optional. Until we achieve true gender equality, young girls will suffer the most. This is unacceptable and it’s why the IRC continues to advocate for changes that will improve the lives of girls everywhere.”

“With the right support and investment, we can enable young girls – an entire generation of future leaders – to start taking control of their lives. Girls need services – education, health, response to and prevention of violence – that match their needs.  At the same time, we should be working to create environments of gender equality so that girls are valued and allowed to thrive”, Behnam continued.

As part of its efforts to highlight the unique needs of adolescent girls in crisis, IRC in collaboration with Girl Rising, Citi and HP, will release a short film called Brave Girl Rising (BGR) on International Women’s Day. BGR is about a refugee girl named Nasro, who is supported by IRC’s Women’s Protection and Empowerment program in Dadaab. The film is narrated by Tessa Thompson (Thor: Ragnarok, Westworld, Men in Black: International) and is written by refugee poet Warsan Shire. The film will be found at https://girlrising.org/brave.

The IRC recognizes that a combination of pervasive gender inequalities and age makes it dangerous for adolescent girls in every humanitarian context, not just those in the list, and the realities and challenges that adolescent girls face can change daily depending on developments in any given crisis.

IRC’s Violence, Prevention and Response (VPR) unit implements programming that prevents and responds to violence against women, especially girls, children and other vulnerable groups. The IRC runs Women’s Protection and Empowerment (WPE) programs in 25 countries, across Africa, Asia and the Middle East. Girl Shine, IRC’s signature adolescent girl intervention works to build resilience, protection and empowerment for girls ages 10 to 19, so they can be safe, healthy, educated and empowered, and live in communities where they are valued.

Distributed by APO Group on behalf of International Rescue Committee. 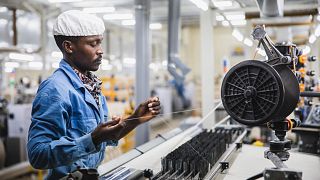