Let children be children, not soldiers

On International Day against the Use of Child Soldiers, EU High Representative Federica Mogherini, and UN Special Representative for Children and Armed Conflict, Virginia Gamba, renewed the commitment of the EU and the UN to work together to end the recruitment and use of children in conflict situations, and to effectively support the reintegration of children associated with parties to conflict.

“Despite years of engagement and progress on this issue, the recruitment and use of children continues to happen in too many conflicts. These are children taken away from their families and communities, deprived of their childhood, education, health-care, and of the chance to grow up in a safe and enabling environment. When children are released, we strive to support these boys and girls, including by working to prevent the recurrence of conflict and to build sustainable peace,” Federica Mogherini and Virginia Gamba said.

La Puria is a village in Colombia's northwestern mountains, inhabited by a number of indigenous women and children… The men in this village were recruited by the Revolutionary Armed Forces of Colombia (FARC) or the National Liberation Army (ELN). Others were victims of kidnapping, setting land mines, and drug trafficking. As a result of the war the woman became the head of the family and the hunter. And children were greatly impacted, such that in an art therapy activity, as part of a project funded by the EU's Instrument contributing to Stability and Peace, in conjunction with the non-profit organisation, War Child, most children drew pictures of people with guns.

Over the years, the EU and UN have continuously supported such efforts. In Uganda, eastern Democratic Republic of the Congo, Central African Republic, Sudan or Syria, the EU has provided assistance to children in need, by reintegrating children associated with armed forces and groups into families or alternative care and by bringing them back to school. In Mauritania, the EU supports the UN to offer psycho-social support, insertion in the education system and socio-economic reintegration of child soldiers' refugees from Mali. In Colombia, hundreds of minors affected by the armed conflict and armed groups were identified to benefit from assistance to reintegration, and a project on child release and reintegration in Sudan supports the implementation of the Action Plan to end and to prevent child recruitment and efforts to prevent recruitment of children at risk.

As education is central to preventing the use of children in conflict and to reintegration efforts, children associated with armed forces and groups are being prioritised for support to access education. To this end, the EU aims to increase humanitarian funding for education in emergencies to 10% of the overall EU humanitarian aid budget as of this year, and to bring children caught up in humanitarian crises back to school within 3 months. The EU also remains a staunch supporter of the UN's Children and Armed Conflict mandate, which is equipped with tools that have a real impact on the ground.

“We will keep working to ensure that the human rights of children are fully integrated in global work on conflict prevention, peace-building, mediation and reconstruction. Every child has the right to get an education and the opportunity to decide his or her own future,” said Federica Mogherini and Virginia Gamba. 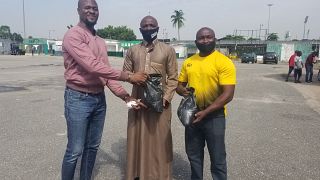