President Kagame on Sunday commended the continued role of the Catholic Church in the country’s transformation as he attended the Installation of the New Archbishop of the Kigali Archdiocese, His Grace Antoine Kambanda.

“We recognise the value of the Catholic Church’s partnership with Rwandans, particularly in the provision of education and health services to our population, regardless of their religious affiliation. During my visit to the Vatican, the Holy Father made a humble gesture, calling on God to forgive the Church as a whole, for the Church’s failure in our tragic history. This was a major milestone, which we are all called upon to perfect, by working together as religious institutions and government in a positive way, based not on the past, but on the future we want. Let us put the Pope’s teaching into practice, and most importantly, into the hearts of the clergy and the faithful. We want the Church to be a full partner in building this nation, and the foundation of unity and reconciliation upon which it is based” President Kagame said.

His Grace Kambanda was appointed Archbishop of Kigali by Pope Francis on 11 November 2018, replacing His Grace Thadee Ntihinyurwa, the Archbishop Emeritus.

Before his appointment as the new Archbishop of Kigali, His Grace Kambanda was serving as the Bishop of Kibungo Diocese since 2013. He was ordained priest in September 1990.

Over 5 Million, 51% of the Rwandan population, are Roman Catholics. The Catholic Church in Rwanda counts 146 parishes, nine dioceses, and one archdiocese.

The work of the Catholic Church in Rwanda is most significant in the field of health and education. It includes 10 Hospitals and 109 health centres co-owned with the Government of Rwanda as well as 1,463 primary and secondary schools and 5 higher learning institutions.

The installation ceremony attracted over 25,000 Rwandans from Catholic parishes across the Kigali Archdiocese and neighboring parishes. In attendance were also guests from Tanzania, Burundi, DRC, Uganda, Belgium, Italy, and Spain.

Distributed by APO Group on behalf of Government of Rwanda. 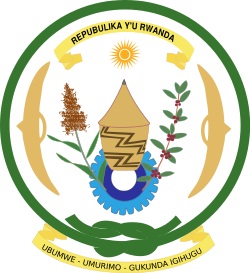