UNAIDS, UNICEF and WHO urge countries in western and central Africa to step up the pace in the response to HIV for children and adolescents

At a high-level meeting in Dakar, Senegal, UNAIDS, the United Nations Children’s Fund (UNICEF) and the World Health Organization (WHO) urged countries in western and central Africa to do more to stop new HIV infections among children and adolescents and increase HIV testing and treatment coverage.

In 2017, around 67 000 children (aged 0–9 years) and 69 000 adolescents (aged 10–19 years) became newly infected with HIV. Two thirds (46 000) of adolescents newly infected with the virus were girls. While progress has been seen in stopping new HIV infections among children in some countries—eleven countries registered a reduction of more than 35% between 2010 and 2017*—others, including Nigeria, which has the largest epidemic in the region, experienced no declines at all.

“Countries in western and central Africa have a real opportunity to create a positive change for children and young people,” said Michel Sidibé, Executive Director of UNAIDS. “Underlying issues including a lack of domestic investment, fragile health systems, user fees, gender inequality and widespread stigma and discrimination must urgently be addressed to remove barriers and save lives.”

In western and central Africa, close to 800 000 children and adolescents aged between 0 and 19 years were living with HIV in 2017—the second highest number in the world after eastern and southern Africa.

“The majority of children living with HIV in this region are not receiving care and treatment because they do not know they have HIV as they have not been tested,” said Marie-Pierre Poirier, UNICEF Regional Director for West and Central Africa. “We can reverse that trend by focusing on a family-centered approach to HIV testing and treatment and by rolling out innovative point-of-care technologies that bring testing closer to the primary health facilities and the communities where children live.”

Less than half of all pregnant women living with HIV in the region (47%) had access to antiretroviral medicines to prevent transmission of the virus to their child and only 21% of infants exposed to HIV were tested for the virus within the first two months of life.

We should not lose anymore of Africa’s future to AIDS,” said Matshidiso Moeti, WHO Regional Director for Africa. “Effectively tackling HIV in children and adolescents needs strong and quality health services. By committing to universal health coverage, countries can fast-track progress towards an AIDS-free generation in western and central Africa.”

Although there has been some progress in antiretroviral therapy coverage for children in western and central Africa, which rose from 18% in 2014 to 26% in 2017, the region still has the lowest coverage in the world. Around 52 000 children and adolescents aged between 0 and 19 years died of AIDS-related illnesses in 2017—34 000 of whom died before they reached their fifth birthday.

In the 2016 United Nations General Assembly Political Declaration on Ending AIDS, countries from western and central Africa committed to work towards reducing the number of new HIV infections among children and young adolescents (under 15 years) to 6000 by 2020 and to ensuring access to treatment for 340 000 children and young adolescents (under 15 years) by 2020.
However, pledges to accelerate the HIV response have not been accompanied by a surge in resource mobilization. The total resources needed for an effective response in western and central Africa were 81% greater than the funds available in 2017.

As part of concerted efforts to step up progress in the region, UNAIDS, UNICEF and WHO called a High-Level Meeting on the Elimination of Mother-to-Child Transmission of HIV and Universal Health Coverage of Paediatric HIV Testing and Treatment in West and Central Africa to unpack the challenges, share best practices and innovative approaches to address the persisting bottlenecks, agree on corrective actions and ensure commitment to action from countries and partners.

Hosted by the Government of Senegal, the meeting is being held in Dakar from 16 to 18 January 2019, bringing together ministers of health, experts, representatives of civil society and partners from across the region as well as high-level representatives of United Nations organizations, the African Union, the Economic Community of West African States and the Economic Community of Central African States.

During the meeting, an important funding announcement to UNAIDS was made by Australia, which confirmed it was pledging nearly US$ 1 million in additional funds for HIV prevention in the Asia–Pacific region.
——-

Download logo
UNAIDS, UNICEF and WHO urge countries in western and central Africa to step up the pace in the response to HIV for children and adolescents 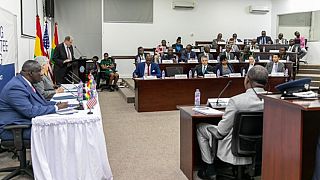 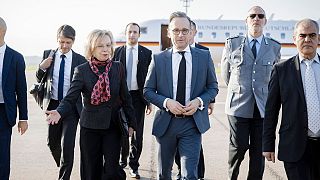 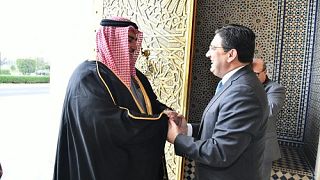