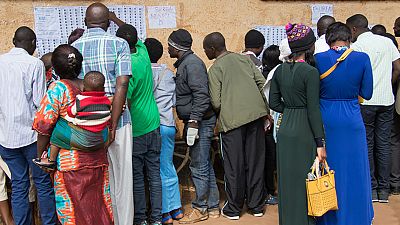 According to news reports, the preliminary results announced by the independent electoral commission, known by its French acronym, CENI, which declared opposition candidate Felix Tshisekedi the winner of the 30 December election, do not tally with the unofficial figures gathered by independent poll observers.

“The Secretary-General calls on all stakeholders to refrain from violence and to channel any eventual electoral disputes through the established institutional mechanisms in line with the DRC’s Constitution and relevant electoral laws,” said Mr. Guterres in a statement released by his Spokesperson, late on Wednesday evening in New York.

In a direct call to CENI, the Constitutional Court, the Government, political parties and civil society, Mr Guterres urged them to “each live up to their responsibility in preserving stability and upholding democratic practices” in the DRC.

And as the country prepares to enter a new era without President Joseph Kabila, who has been in power since the previous incumbent, his father, was assassinated in 2001, the Secretary-General reiterated “the continued support and commitment” of the United Nations.

Together with regional actors and international partners, the UN will work “for the consolidation of peace, stability and development” in the DRC, Mr Guterres insisted, his comments coming amid an acute humanitarian crisis made worse by sporadic conflict involving dozens of armed groups in parts of the huge country.

According to the UN Office for the Coordination of Humanitarian Affairs, 12.8 million people are now food insecure in DRC, including 4.3 million malnourished children, of whom 1.3 million face severe malnutrition this year.

This is despite the country’s huge natural riches, seen as a source of illicit wealth by armed groups who continue to hamper access for aid teams, which are also tackling endemic cholera – which threatens two million people - combined with a new outbreak of Ebola virus disease in North Kivu and Ituri.