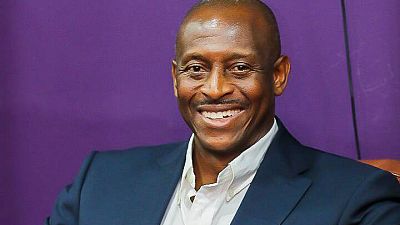 The Ghana Rugby Football Union (Ghana Rugby) (http://GhanaRugby.org) has announced the fixtures for its 2019 Ghana Rugby Club Championship (GRCC) that is scheduled to kick off on 19 January 2019 (Cape Coast) and 20 January 2019 (Accra).

The ten-team Club Championship is annually played in two Pools in Accra and Cape Coast.

In Cape Coast Dennis Foundation, Griffons, Stallions, UCC Spartans and Western Cheetahs will battle for a spot in the Semi-Finals that will be played in Cape Coast on 23 February 2019, hosted by the CentWest Rugby Association. CentWest will be hosting two of the matches involving Western Cheetahs in Takoradi to give exposure to the game in the Sekondi-Takoradi area.

The Finals will be hosted by the Greater Accra Rugby Association (GARA) in Accra on 2 March 2019.

According to Mr Herbert Mensah, President and Board Chairman of Ghana Rugby, the Club Championship is a very important part of the overall development framework for Rugby in Ghana.

“Unfortunately not every Rugby player can represent the country at a national level, but Rugby is played and loved by millions globally because of the passion for the sport and the enormous personal values that comes with it. The Club Championship and Club structure is where it all happens,” Mensah says.

Mensah also announced that a new milestone has been reached whereby the Union has been given permission by the St. Thomas Aquinas SHS to play the Accra leg of the Pool A matches on the school’s pitch.

“Youth development and the integration of Rugby into the school's structure is where the future is. Playing the 2019 GRCC at the St. Thomas Aquinas SHS grounds will hopefully be a turning point where we can introduce the values of integrity, passion, teamwork, discipline and respect to as many people in Ghana as possible,” Mensah said.

In 2017 and 2018 Conquerors RFC won the coveted Championship and it is expected that other teams will give everything to unseat them from the crown.

According to Mr Rob Oram of Accra Rugby Club (ARC) they did well last season and want to try and go one step further this year. “We recognize the challenge of the reigning champions will be as tough as ever. We’ve been working very hard during the offseason and hope that work will pay off in the new season,” Oram said.

Mr Steve Noi, Ghana Rugby Board Member and Tournament Commissioner, says that the standard of Rugby has improved dramatically in Ghana since he joined the Union in 2014.

“We look forward to the 2019 GRCC and believe that we will see great skills on display, but most importantly that the matches will provide the fans and supporters with an afternoon of enjoyment and fun over the seven weeks of the Championship,” Noi said.

The GRCC will also help the National Coach, Mr Lovemore “Dallars” Kuzorera, to identify new talent for both the national senior and junior teams.

According to Mr Kuzorera, it is critical that Clubs work with the national development structures to ensure that the best talent is spotted and selected for higher performance development in order to make Ghana become a force to be reckoned with in Continental tournaments.

He also emphasised the necessity for players to prepare well for the GRCC and to give their best during the Championship as that will be the best chance to get noticed and considered to become a Ghana Eagle.

“Only players who represented their Clubs during the annual GRCC will be considered to take part in international tournaments hosted by Rugby Africa,” Kuzorera said.

Ghana Rugby has a busy international schedule ahead of it with participation scheduled for the Rugby Africa Tournaments that include the Silver Cup in June and November, the Men’s Sevens Cup in October and the Women’s Sevens Tournament. In addition, Ghana Rugby has been invited to take part in the U20 Bathes Cup.

The Men’s Sevens Tournament in October will also serve as a qualifier for the 2020 Olympics Games.

Download logo
According to Mr Herbert Mensah, President and Board Chairman of Ghana Rugby, the Club Championship is a very important part of the overall development framework for Rugby in Ghana