In a backpage message in the January 4th edition of the Financial Times,  Omnium Cultural made a plea to the international community to support its efforts to free cultural icon and pacifist Jordi Cuixart, who was arrested in October 2017 and has still not had his day in court to face charges of “rebellion.”

Reporting on the news that Spain’s Socialist Party Prime Minister Pedro Sánchez convened his ministers in Barcelona, the Catalan capital recently as “a gesture of national inclusiveness” some pro-independence groups called this a provocation. Catalan political prisoners continue to be incarcerated without trial over a year after the December 21, 2017 regional elections.

PM Sánchez and Catalan President Quim Torra have agreed to work on an “effective dialogue” for a political proposal that is “widely supported by the Catalan people.” One of the major issues to be addressed, according to Omnium Culural, will be the “ugly blemish on the face of Spanish democracy and the unjust incarceration of Jordi Cuixart.” Cuixart, the president of Omnium Cultural, with a strong record as a human rights defender, has never held any political post. “Cuixart's detention “should be an unthinkable reality in any EU member state in 2018,” the organization stated in its Financial Times insertion.

Political prisoner Jordi Cuixart, 43, a businessman and cultural figure, was elected president of Omnium Cultural in 2015, and leads the group with 132,000 members, one of the largest non-profits in Spain. He was arrested on 16 October 2017, following Catalonia’s independence referendum, and he was charged with rebellion. Under Spain’s Criminal Code the crime of rebellion requires “a violent public uprising “though no such uprising occurred.

In prison without bail for over 14 months, Cuixart is due to stand trial in Spain’s Supreme Court later this month, where he'll face charges from three different sources: the Spanish Public Prosecutor, the State Attorney, and the far right political party Vex. If convicted he faces a sentence of up to 17 years. Cuixart has emerged as a cultural scapegoat. Human rights organisations, including Amnesty International, Front Line Defenders and the World Organisation Against Torture have called for his immediate release.

“Jordi Cuixart has become a symbol of Catalonia’s culture. Locking him up as a criminal is an offense not only to an entire people, but also to Spanish democracy,” added Marcel Mauri, Vice President of Omnium Cultural. The non-profit cultural organization was founded in 1961 as a response to Franco’s brutal repression of Catalonia’s language and culture. Following a remarkably swift transition from the 40-year dictatorship to democracy and a sweeping liberalization of its institutions, Spain’s Achilles heel arguably remains its dated judicial system, which has lagged behind other societal reforms and has been widely criticized by the Council of Europe’s Group of States Against corruption (GRECO) for lack of transparency and succumbing to political influence.

The European Commission’s 2018 EU Justice Scoreboard places Spain among the EU member states with the lowest scores in terms of judicial independence. Dealing with the charges against Jordi Cuixart, incarcerated Catalan government and parliamentary officials, as well as those who fled in self-imposed exile to protect themselves, may be among the most important topics for early talks between Prime Minister Sánchez and President Torra.  According to the organization's statement in the FT, “Spain can prove the maturity of its democracy by showing that conscience is not a crime.”

Distributed by APO Group on behalf of Òmnium Cultural International. 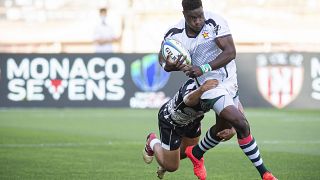 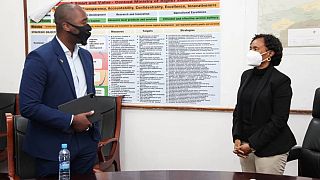