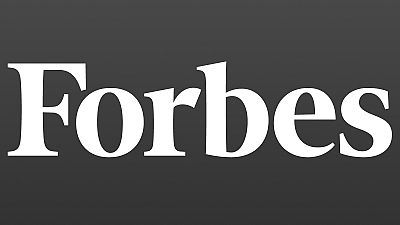 Franco-Gabonese entrepreneur Nicolas Pompigne-Mognard is the founder of the APO Group (www.apo-opa.com), a leading media relations consulting firm and press release distribution service in Africa and the Middle East. The company, which Pompigne-Mognard founded in 2007, employs close to 80 employees across its offices in Switzerland, Dubai, Senegal and Hong Kong, and has an annual turnover of several million dollars. APO's bluechip clients include GE Africa, Dangote Group and DHL among others.

Nicolas Pompigne-Mognard recently stepped down as CEO of APO Group, and will now assume the position of Chairman, focusing on delivering high-level counsel for APO Group clients and developing his own investment fund dedicated to Africa.

He recently recounted the story of APO's early beginnings and mused on the evolution of the media relations business in Africa.

Abstract of the interview:

(…) I was a journalist. I studied law. I really was not prepared to create, much less develop a multinational company. I built APO Group from my living room – literally – and during the first years I had to be the IT manager, the sales consultant, the PA, HR, Finance, Marketing – everything. I had to learn it all from scratch. Not to mention, my English was very poor. (…)

(…) Ten years ago, I was in the European headquarters of PR Newswire, in London. At the time, they were considered the leading global press release distribution service and there I was explaining to several of their senior executives how Africa will soon represent a huge market for press releases – and why it was time for them to invest in the continent. It was 2008, remember, and they basically laughed at me. (…)

(…) There are around 440 US companies and 480 German companies who have been operating in South Africa for several years now. Today, most of them are planning their expansion across the continent to get their chunk of this huge untapped market. (…)

(…) The days where media houses could rely on advertising as a sole revenue stream are long gone. Consumers are not browsing for advertisements – they are browsing for content (…)

(…) In the last few years, big international media players have started to come to Africa. CNBC, Euronews, Forbes, CNN and BBC have all increased their presence on the continent. The Washington Post announced this week they will be opening a new office in West Africa. (…) If the international media can see the potential, the African media needs to make sure it keeps up. (…)

(…) I would say my greatest accomplishment is to have turned my 10,000 euros of savings – which I invested to create APO in 2007 – into a multimillion-euro business without the aid of any loans or investors. That means that, 11 years later, I’m still the 100% owner of my company. (…)

(…) As we’ve seen, the situation in Africa is such that, in many ways, we are the right company at the right time with the right services on the right market. (…)

(…) I always knew that someday I would have to hand the reins to a “professional CEO” so he or she could make sure the company realises its potential.

The new CEO I have appointed, Lionel Reina (…) is the former Vice President and General Manager for Eastern Europe, the Middle East and Africa at Orange Business Services, the B2B division of French telecoms giant Orange. He has also served as Middle East Director in the Gulf region for Accenture. (…)

(…) If there are two things common to most self-made entrepreneurs, it’s hard work and resilience. If it was easy, everybody would have already done it. If it was easy, it wouldn’t have any value. (…)

Distributed by APO Group on behalf of Forbes.
Media files