The President of the Republic of South Africa, Mr Cyril Ramaphosa will deliver a keynote address at the 70th anniversary commemoration of the Universal Declaration of Human Rights. The event will also be attended by the Minister of Justice and Correctional Services, Advocate Michael Masutha, as well as the United Nations High Commissioner for Human Rights, Ms Michelle Bachelet.

Drafted by representatives with different legal and cultural backgrounds from all regions of the world, the Universal Declaration of Human Rights (UDHR) was adopted on 10 December 1948. Seventy years later, the UDHR is just as powerful and relevant as it was in 1948.

In 2017, the Office of the United Nations High Commissioner for Human Rights launched a yearlong campaign to highlight what the Declaration means for people in their everyday lives, which culminates on the occasion of the Declaration’s 70th anniversary celebrations on Human Rights Day this year.

The commemoration in South Africa will contribute to the global campaign and initiatives around the globe. It coincides with the centenary celebrations of struggle stalwarts and human rights activists, former President Nelson Mandela and Albertina Sisulu, as well as the 22nd anniversary of the signing into law of South Africa’s Constitution. The UDHR and the Constitution of South Africa share much in common, in spirit, principles and values as statements of intent by humanity to stand up, promote and protect the rights to equality and freedom from discrimination of all people. 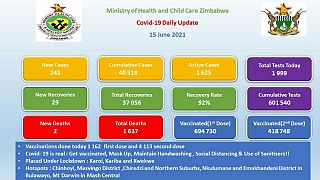