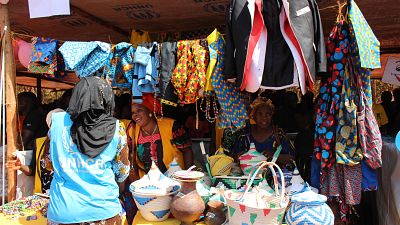 The Government of the Federal Republic of Germany announces new contributions of USD 4 million to the United Nations High Commissioner for Refugees (UNHCR) in support of refugees from Burundi and the Democratic Republic of Congo. These new contributions will bring the total of German support to USD 16.7 million for the years 2018-2020.

“I am extremely grateful to the German Government for continued support and the much needed contribution to the UNHCR operation in Tanzania. The contribution will go a long way in providing lifesaving humanitarian assistance to well over 300,000 refugees mostly from Burundi and DRC, hosted in 3 camps in the Kigoma region”, says UNHCR’s Representative to Tanzania, Chansa Kapaya.

The funds will enable UNHCR to scale up its efforts aimed at meeting minimum standards for 2018-2020 in the critical sectors such education, civil registration and documentation, primary health care, sanitation and hygiene, shelter, sexual and gender based violence response and prevention.

“We are happy and proud to support UNHCR in its invaluable work to meet the needs of refugees from Burundi and the Democratic Republic of Congo hosted in refugee camps in Western Tanzania. At the same time we commend Tanzania for its tremendous effort in receiving and providing shelter for refugees from these two neighboring countries for many years”, adds Jörg Herrera, Chargé d’Affaires of Germany in Tanzania.

Since 2017, Germany’s financial contribution to UNHCR activities included areas such as shelter, lifesaving primary health care services, and the construction/rehabilitation of water and sanitation infrastructure.

As of 31 October, Tanzania was hosting approximately 331,000 refugees and other persons of concern, with 87 per cent of them living in the three refugee camps in Kigoma region. The majority of the refugees are from Burundi while the rest are from the Democratic Republic of Congo.  Chronic underfunding coupled with the high number of refugees in the camps and dependence on humanitarian assistance are hampering efforts to meet their growing needs.

Distributed by APO Group on behalf of Embassy of the Federal Republic of Germany – Tanzania.
Media files