Charter of Local and Subnational Governments of Africa on Migration 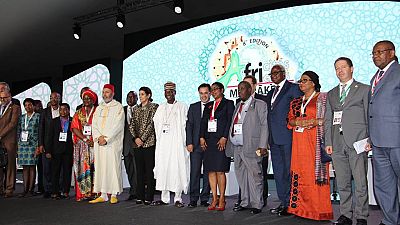 We, Local and Subnational Governments of Africa gathered on the occasion of the 8th edition of the Africities Summit held in Marrakech, Morocco, from November 20 to November 24, 2018:

Based on the various international treaties guaranteeing the rights to persons in a situation of travel or migration, hereinafter referred to as migrants;

Recognizing   that migration and the displacement of populations are historical and global phenomena that affect the entire planet, including Africa, where nearly 50 million people are considered as migrant or displaced;

Stressing the important role played by migration and displacements in the development of human societies in general, and of African societies in particular;

Aware of the fact that actions aimed at providing sustainable responses to the root causes of migration are generally the same as those aimed at developing initiatives that meet the needs of local populations, and should be anchored in the development of territories and be in line with the dynamics of regional integration;

3)   help migrant populations in danger in the name of solidarity and fraternity due to all human beings without distinction;

6)   cooperate with the local and subnational governments that welcome migrants from its locality both in Africa and outside Africa, in order to establish mutually beneficial links with the Diaspora, and to involve them in the efforts of growth and sustainable human development of their communities of origin;

7)   join the African and global network of welcoming cities and territories, whose goals are to promote local policies that respect the principle of hospitality, the sharing of best practices in this area, the support of voluntary territories, and the partnership with all the associative actors engaged in supporting migrant populations;

8)    contribute to popularize the campaign of ratification to the Charter of Local Governments of Africa on Migration, with the aim to have at least 5,000 additional African communities ratify the Charter by 2021.

B)      Opposes firmly and unequivocally:

9)    all forms of xenophobic violence and discrimination against migrants both on the Africa continent and in other regions. In this regard, any public official or citizen who makes racist or xenophobic statements against migrants or who is involved in smuggling and in human trafficking  must immediately be brought before the competent authorities;

11) the construction on its territory of detention camps to accommodate African migrant populations expelled from other parts of the world;

12)   the treatment of the issue of migration and displaced populations  from the sole security-based perspective, ignoring the benefits of migration for the dissemination of knowledge and technologies, its contribution to the support of the populations and to local development in the communities of origin, its invaluable role in promoting diversity and bringing people together, as well as developing mutual understanding in the hosting  communities, and contributing to the creation of an atmosphere conducive to peace and harmony in the world;

13) the development assistance policies which condition the benefit of aid programs on the implementation of the return and readmission on their territory of the migrant populations expelled from other parts of the world;