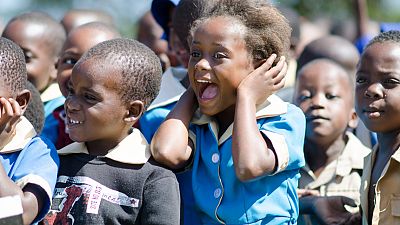 Today at Golden Conifer in Harare, the United States celebrated the World Education Inc. Vana Bantwana program together with the Ministry of Public Service, Labour, and Social Welfare. With funding from the U.S. President’s Emergency Plan for AIDS Relief (PEPFAR), through the U.S. Agency for International Development (USAID), the Vana Bantwana program successfully reached over 600,000 orphans and vulnerable children with the tools and support they need to unlock their potential and live healthy, productive lives.

USAID/Zimbabwe Acting Mission Director Michael McCord stated: “The United States is proud to partner with the people of Zimbabwe to mitigate the impact of the HIV epidemic on children. World Education’s work through the Vana Bantwana program exemplifies USAID’s mission to empower countries, communities, families, and individuals to lead their own future.”

Launched in 2013, the $35 million USAID-funded Vana Bantwana program supported comprehensive, quality education, health, and child protection services for HIV-infected and affected children and families. The program provided educational scholarships for over 50,000 children, including 2,300 children with disabilities. More than 30,000 families participated in training to improve economic resilience. Half a million children received critical health services, including 11,000 children who were initiated on HIV treatment. The program empowered 300,000 children to identify and prevent gender-based violence and provided gender-based violence response services, including medical, legal, and counseling support.

World Education Zimbabwe Country Director Patience Ndlovu stated: “World Education, together with our partners, are deeply gratified by the impact of our program on the lives of the most vulnerable Zimbabweans. By strengthening the capacity of families, community structures, local organizations, and national social protection and health systems, this transformation will continue long past the program’s completion.”

Although much progress has been made in the past decade, HIV remains one of the top health threats facing the people of Zimbabwe. Since 2000, over 1.2 million adults have died from AIDS, leaving 16 percent of Zimbabwean children orphaned by one or both of their parents. As of 2017, an estimated 77,000 children in Zimbabwe are living with HIV.