Libya's Islamic calligraphy has a message of peace 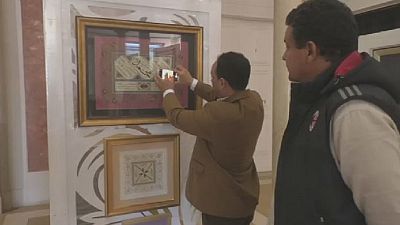 Ali al-Boussefi and his wife Zeinab al-Bashari are on a mission to promote the practice of Islamic calligraphy in Libya.

Their intention may seem noble, but this mission is offending hardliners in this north African nation.

“The circumstances that we have gone through, they truly are fatal conditions but we have a message: that working in the arts is considered peace, because art at times of war is peace. We are influenced by the current living conditions, everything is expensive”, Ali said.

The circumstances that we have gone through, they truly are fatal conditions but we have a message: that working in the arts is considered peace, because art at times of war is peace.

The tradition developed on the Arabian Peninsula after the arrival of Islam, spreading to much of what is now the Middle East and Turkey. But it is little known in Libya as former leader Muammar Gaddafi
discouraged Islamic culture.

Having graduated from a Turkish calligraphy institute, Ali al-Boussefi and his wife, Zeinab al-Bashari make a living teaching the art of depicting verses from the Quran in the ancient style.

“This is exhibition number one and of course the first time in your life that you do something always has a special place. The art of gilding is not here in Libya so we brought a new technique. Why not use this technique in decoration in Libya, we have mosques full of Islamic motifs, whether in the Old City, the doors, the tombstones, so why not utilise that and use them in paintings like these?”, Zeinab queried.

Some of Boussefi’s work is controversial. In one piece he uses verses from the Quran describing the Prophet’s body and manner. This is something frowned upon in Libya.

Visitors are impressed about their form of art.

“First of all, I train in calligraphy so I was attracted to the idea that this a Libyan calligraphist and his wife, this is a nice idea that they cooperate to create art. As a person who has tried, I know that this a lot of work, you look at the writing and it looks easy but it is not easy. One can spend months on one painting, so seeing the detail and understanding how the person has toiled over it and dedicated their life for it, is impressive”, said visitor, Raghd.

Cultural life picked up in Tripoli after 2011 but has slowed again since 2014 due to poor security and threats from hardliners. 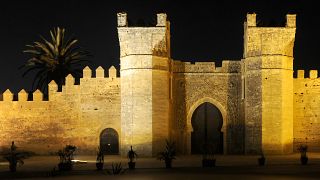