In 2018, Benin, Burundi, Malawi, Uganda and Zambia made significant progress in de-risking renewable energy projects in their countries

Since launching a year ago, the Regional Liquidity Support Facility (RLSF) has signed agreements with five countries ensuring that their Independent Power Producers (IPPs) receive protection against payment risks that often contribute to their failure. The Facility supports small and mid-scale renewable energy IPPs (from 50 to 100MW) in sub-Saharan Africa by helping these projects reach financial close and to reduce the energy deficit. Malawi became the latest country to sign onto the agreement today.

The RLSF is a joint initiative of the African Trade Insurance Agency (ATI), and KfW with funding from the German Federal Ministry for Economic Cooperation and Development (BMZ). The Facility, which has an initial capacity of USD74 million, targets small and mid-scale renewable energy projects because renewables are generally cheaper, easier to implement, integrate into the national electricity grid and usually have a positive environmental impact once up and running.

In 2018, RLSF supported a 7.5 MW Solar PV plant in one of the four partner countries, which will add an additional 15% to the country’s current capacity of 50 MW. The project is also the first grid connected IPP in the country. This is an example of the type of big impact that the RLSF envisions. By supporting small to medium-sized projects the current energy deficit in Africa can be rapidly reduced at a lower cost with a focus on many small and smart projects.

George Otieno, the CEO of ATI noted “Our initial five partner countries are paving a path for what is possible in the African renewable energy space. By signing onto the RLSF agreement these governments have committed to provide support to IPPs implementing projects in their countries. This sends a powerful message about their will to drive the renewable energy sector in Africa. We are optimistic that other countries across Africa will follow.”

The RLSF protects IPPs against the risk of delayed payments by public off-takers. This type of guarantee is a common requirement from lenders that fund projects, which have often failed to access funding and in turn reach financial close because this type of guarantee was not available. The RLSF hopes to change this by providing the required guarantee in cooperation with the LC issuing bank ABSA Bank Ltd.

The RLSF product is available to all renewable IPPs in countries that have signed a Memorandum of Understanding and that have not reached financial close, as well as new IPPs.

Distributed by APO Group on behalf of Regional Liquidity Support Facility (RLSF).
Media Contact:
Email: Sherry.Kennedy@ati-aca.org
Mobile: +254 714 606 787
About KfW:
KfW (www.KfW-entwicklungsbank.de) is one of the world´s leading and most experienced promotional banks. Established in 1948 as a public law institution, KfW is 80 per cent owned by the Federal Republic of Germany and 20 per cent by the federal states (“Länder”).
KfW Development Bank is Germany’s leading development bank and an integral part of KfW. It carries out Germany´s Financial Cooperation (FC) with developing countries on behalf of the Federal Government. The 600 personnel at headquarters and 370 specialists in its 68 local offices cooperate with partners all over the world. Its goal is to combat poverty, secure the peace, protect the environment and the climate and make globalisation fair. KfW is a competent and strategic advisor on current development issues.
About The African Trade Insurance Agency:
ATI (www.ATI-ACA.org) was founded in 2001 by African States to cover the trade and investment risks of companies doing business in Africa. ATI provides Political Risk, Surety Bonds, Credit Insurance and Political Violence and Terrorism & Sabotage cover. As of YE 2017, ATI has supported USD35 billion in trade and investments across Africa in sectors such as agribusiness, energy, exports, housing, infrastructure manufacturing, mining and telecommunications. Since 2008, ATI has maintained an ‘A/Stable’ rating for Financial Strength and Counterparty Credit by Standard & Poor’s. 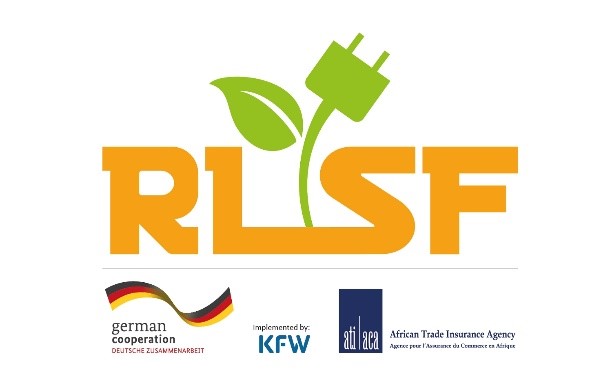