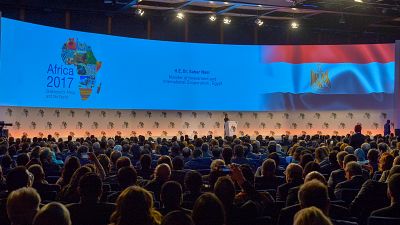 9 Heads of State expected at the Forum as Egypt takes over chairmanship of the African Union in 2019; Some of Africa’s leading industrialists will be participating in the Forum; The Forum will also host the largest exhibition of African Investment Promotion Agencies.

The organisers of the Africa 2018 Forum (www.BusinessforAfricaForum.com) have announced that nine heads of state have confirmed their participation as well as some of Africa’s leading industrialists. They had over 4,000 requests for registration with nearly 2,000 expected delegates.

The Forum this year will put a strong emphasis on youth and women with a day dedicated to entrepreneurship and also a gathering of women empowering Africa.

Speaking on the Forum, the minister Dr Sahar Nasr, whose ministry is hosting the event, emphasized the role of the youth to transform the economies: “our country has undergone many reforms to create a more conducive market for investment and to make it easier to conduct business. As a result we’ve seen an upswing in investments. As much as we like seeing large-scale investments what gives me most satisfaction is the entrepreneurial spirit of our youth. In many ways they are at the centre of all our policy reforms.”

Encouraging intra-African investments and cross border collaboration were cited as two key pillars of the Forum. Earlier this year, the African Development Bank released a report citing that intra-African greenfield investments reached $10bn in 2016, up from $4bn a decade earlier. And according to Heba Salama, CEO of COMESA Regional Investment Agency, co-hosts of the Forum, by bringing the continent’s leading business people and getting them to co-invest will only generate more economic activity between the regions and greater regional integration: “there are no stronger ties that bind two countries together than economic ones. And history has shown that no-one will invest in the continent until we start to do so ourselves. Our role at COMESA RIA is to encourage greater intra-African investments and embolden our captains of industry to explore beyond their borders.”

The Forum now in its third edition is expected to be the biggest meeting of leaders from business and government to take place in Africa this year. It will take place on the 8-9 December in Sharm El Sheikh. Two days later in Cairo, Egypt will also host the Intra-African Trade Fair, thus hosting two of the continent’s biggest meetings of private sector leaders to confirm the catalytic role it is playing in Africa. Next year, in 2019, President Abdel Fattah Al Sisi will take over the chairmanship of the AU.

Distributed by APO Group on behalf of Africa Forum 2018.
Media Contact:
CAIRO: Engy AbdelHady (eabdelhady@comesaria.org)
LONDON: Gaelle Thisse gt@amediaagency.com
About Africa 2018:
Africa 2018 (www.BusinessforAfricaForum.com) Forum will be held under the high patronage of H.E. Abdel Fattah Al Sisi on 8th and 9th December 2018 in Sharm El Sheikh, Egypt, and is organised by the Ministry of Investment and International Cooperation of Egypt and the COMESA Regional Investment Agency (RIA).
The 2018 edition builds on the success of the previous editions, which have seen the participation of 11 Heads of State and more than 3,000 delegates from 80+ countries. This year the programme has been enhanced with a Women Empowering Africa day as well as our exclusive Presidential Roundtables with African leaders and CEOs as well as a Young Entrepreneurs Day.
Africa 2018 has established itself as the premier business platform to nurture new partnerships; meet investors and fast track your business objectives in Africa.
Media files