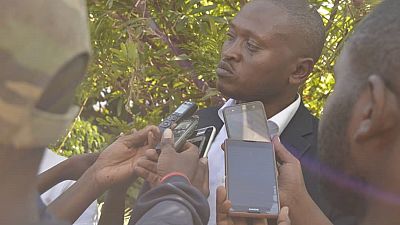 Kamanda was elected unopposed as the President of Rwanda Rugby Federation (RRF) on Sunday in Remera, Kigali City. The former Secretary-General replaced Alexis Araire who showed no interest to return for the second term.

He was elected in office alongside Vice President Gakirage Phillip, Secretary General Uwitonze Felix, Treasurer Ihirwe Delphine and the pair of auditors composed of Hakizimana Laurien and Mudaheranwa Claude.

Speaking to the local media, Kamanda said, “We major focus and resources will be focused on uplifting the sport from the grassroots level. For Rwandan rugby to reach its potential, we need to put in concrete strategies that will see the sport being played at a young age in primary and secondary schools.”

He further added that more focus will also be put into capacity building in terms of administration from the club to the federation leadership.

Women rugby development is also one of the main areas the new committee will look to improve such that the country can have as many women rugby players as possible.

Kamanda also noted that they will approach as many stakeholders as possible in search for sponsors such that the country can have a competitive national rugby league which is planned to start in January 2019 as well having a rugby pitch that can host more international competitions in the future. This will drive rugby to the glory that enthusiasts have sought for a long time.