Today, on World Children’s Day, activations reached momentum when Constitution Hill’s Women’s Jail was lit in blue and the statue of a child was unveiled with a permanent home at this iconic space.

World Children’s Day – celebrated on 20th November – is a global day of action ‘for children, by children’ to raise awareness and funds for the millions of children that are unschooled, unprotected and uprooted. UNICEF is inviting the public to go online and sign a global petition asking leaders to commit to fulfilling the rights of every child now and for future generations, so that every child is in school, safe from harm and can fulfil their potential: https://www.unicef.org/world-childrens-day

UNICEF is asking supporters to raise their voices in solidarity with the most disadvantaged and vulnerable children by helping ‘turn the world blue’ – by doing or wearing something blue at school, on the streets, on social media, in boardrooms and on sports fields on 20 November. As part of a Lego Group and Lego Foundation World Children’s Day curtain-raiser activation called ‘Build the Change’, last week UNICEF South Africa’s Ambassador, Jo-Ann Strauss, starred in a short video encouraging supporters to join the Day’s celebrations: https://vimeo.com/301207637

“I am immensely honoured to be appointed as UNICEF South Africa’s Volunteers Advocate,” said Masango. “In all my work, I strive to contribute to building a more loving, healthier and kinder society for children to flourish. I believe in volunteering because each of our individual contributions serves humanity for the better.”

Lebohang Masango is the author of children’s book, Mpumi’s Magic Beads, which is available in all of South Africa’s official languages. She is currently one of the 25 young women from Southern Africa selected to be part of the inaugural Zanele Mbeki Fellowship in feminist leadership. She has also been identified by the Bill and Melinda Gates Foundation as a #Goalkeeper, one of the young people working to realise the United Nation’s Sustainable Development Goals (SDGs).

In her role as UNICEF South Africa’s Volunteers Advocate, Lebohang Masango will use her voice to make UNICEF an even more powerful force for children by bringing people into the organization, working hand-in-hand, supporting children with their time, voices and fundraising efforts. She joins a list of UNICEF South Africa Ambassadors and Advocates including: Jo-Ann Strauss, Gavin Rajah, Zakes Bantwini, Tshedi Mholo, and Carol Bouwer.

“I’m delighted to welcome Lebohang to the UNICEF family, particularly on World Children’s Day – a day that is all about giving children and young people a voice,” said UNICEF South Africa Representative, Mr. Sanjay Wijesekera. “Young people and influencers like Lebohang are children’s best advocates. I know that Lebohang will use her passion and dedication to promote UNICEF’s volunteer initiative in South Africa and unlock the untapped potential of the power of people to advance children’s rights.”

To help give a voice to the millions of children whose voices remain unheard, high profile stars in South Africa and corporate leaders are lending their support to the initiative. UNICEF partners Ster Kinekor, the SABC Foundation, Mango Airlines, Nedbank and Grey Advertising are demonstrating their support by packaging and live-screening the official UNICEF ‘World Children’s Day’ video in cinemas, national TV channels, banks and on flights across the country and the region.

As part of the day’s activation, Destiny Magazine hosted a Facebook live ‘Blue Carpet’ talk show. The talk show event featured students from various schools in Johannesburg to discuss their views and experiences with bullying and violence in school. 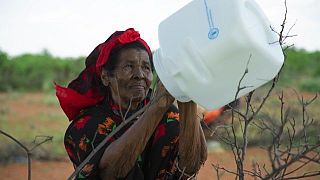