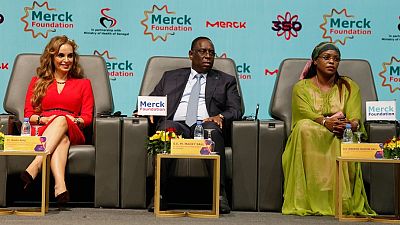 Africa is a big continent with big resources but also very big problems, especially in the health sector. With over 1.2 billion people spread across 55 countries, Africa is a diverse place, but the challenges seem to be the same everywhere as you travel from the Horn of Africa in Somalia to the continent’s richest nation of South Africa.

There is usually no health insurance for many, and many of the latest technologies for diagnosing critical ailments are often found only abroad.

Many wealthy Africans have to resort to health tourism which involves frequent long flights to the United States, Europe, Asia or the Middle East, as well as expensive bills and challenges around securing visas.

But the situation is not hopeless, according to the President of the West African country of Senegal, Mr Macky Sall.

Mr Sall argues that African leaders need to prioritize healthcare by investing in it and by facilitating the right training of health workers to see some improvements.

According to him, the solution lies in developing partnership opportunities and introducing new frameworks for health capacity building in Africa.

He says African governments need to encourage partnerships between healthcare societies and institutions across the world.

Mr Sall made his remarks at a conference in Senegal organized by Merck Foundation (www.Merck-Foundation.com), the philanthropic arm of Merck Germany

The conference was attended by nine African First Ladies, about 12 health ministers and at least 500 healthcare professionals.

The occasion was the 5th edition of the “Merck Africa Asia Luminary” hosted by the President of Senegal Macky Sall and First Lady Marieme Faye Sall. It was all done in partnership with the Ministry of Health of Senegal.

Professor Frank Stangenberg-Haverkamp, Chairman of the Executive Board and Family Board of E-Merck KG said Merck through its foundation is committed to healthcare in Africa and elsewhere.

According to Stangenberg-Haverkamp, Merck supports the social and economic development of Africa, Asia and developing countries “by building healthcare capacity and improving access to innovative and equitable healthcare in the continent.”

Merck Foundation CEO, Dr. Rasha Kelej, announced that the nine African First Ladies were Merck Foundation Partners and Ambassadors of Merck More Than a Mother to empower infertile women and build healthcare capacity in their countries.

“We are very proud to have the support of Macky Sall to enable us to realize our vision to change the landscape of Cancer care in Senegal and rest of Africa,” Dr. Kelej added.

Go further and see who was there

African First Ladies at the event.

DENISE NKURUNZIZA, The First Lady of the Republic of Burundi;

FATIMA MAADA BIO, The First Lady of Sierra Leone and

Sarah Opendi, Minister of State for Health of Uganda

Dr Alfred Madigele – Minister of Health and Wellness, the Republic of Botswana

Dr. Isatou Touray, Minister for Health and Social Welfare, of The Gambia

Distributed by APO Group on behalf of Today News Africa.