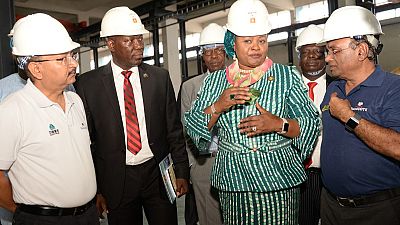 As the budding automobile company, Dangote Sinotruk West Africa Limited (https://Dangote.com) entered another phase in its expansion drive, the Company has said that it was increasing its local input into the assembling plant to up to 60 per cent, even as it plans to roll out commercial vehicles soon.

The expansion drive, which is part of the backward integration plan, is meant to enhance value addition and local content.

Group General Manager of the Company, Hikmat Thapa made this known during a facility tour of the Ikeja plant by the Lagos State Commissioner of Commerce, Industry and Cooperatives, Mrs. Olayinka Oladunjoye.

He said having done with the phase one of the project, the Company has embarked on the phase two which has to do with adding of the facility for Cab welding, Painting & Trimming.

Thapa stated that the third phase of the project expansion would be to add the facility that would be used to fabricate, Paint & Assemble different type of Trailer bodies, load bodies with dual & triple axles, Tipper bodies & tankers and so on.

He explained that Dangote Sinotruck has installed capacity to assemble and produce 15 –16 trucks per shift  or 10,000 trucks annually and will create over 3000 different jobs across Nigeria.

Said he: The company has the plan to have welding & painting shops to fabricate & paint truck cabin & Trailers of different type so as to enhance local content of Completely Knocked Down (CKD) operation of commercial vehicle Manufacturing,

“In next one year, we have on our agenda to assemble and fabricate Truck Cabins, different type of trailers, Tipper bodies and Tankers etc. in our plant to increase value additions up 40 – 60 %”

The Automobile company said it hopes to expand sales to all the neighbouring West African States saying “we are targeting to sell our products to ECOWAS countries in addition to fulfilling local market requirement.”

The Commissioner expressed surprise at the level of activities going on at the plant and commended the entrepreneur spirit of Alhaji Aliko Dangote, the Chairman of the Company whose businesses are geared towards touching lives.

Mrs. Oladunjoye was optimistic that with the level at which the Company was going, it will soon be a matter of time when Nigerians would opportunity for cheap vehicles.

He enjoined other businessmen to emulate Alhaji Dangote in the efforts to create jobs through manufacturing rather than importation of finished products. She promised to relay the message of what she saw back to the state governor.

It aims to meet an expected current demand of the segment of Automobiles required for logistics, construction, food & beverage industries in Nigeria to support the government’s efforts on boosting the economic development across the country.

The objectives of establishing Dangote Sinotruk West Africa Limited is to provide employment opportunities to Nigerians, improve local automobile industry, add equipment base and achieve technological advancement in Nigeria, and in turn to promote the economic development in Nigeria

The Company is also to form a production hub at Lagos for heavy-duty & light duty trucks and commercial vehicles in West Africa. With the formation of the production base which will not only serve the market demands in Nigeria but also can fulfil the requirements of neighbouring ECOWAS countries.