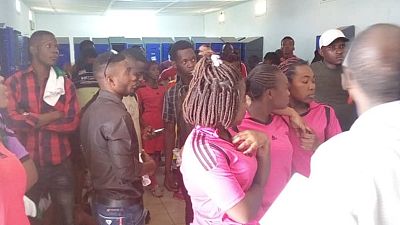 The Lubumbashi based teams will comprise 4 men national team players and 2 female national team players. This will be the second time a team from the Congo will be competing on Zambian soil, the first being the Men's National Team which took part in the KPF AMERICAN RUGBY TOURNAMENT in the year 2016. This will, however, be the first time for any women's rugby team from DRC playing against any Zambian team.

The matches have been sanctioned by both Zambia Rugby Union and the Congo Rugby Federation and will be played on Saturday 3rd November, 2018. The girls game kicks off at 2pm while the men's game will kick off at 4pm. Gate charges have been put at $2 per head.

Chaloba has since called upon all rugby loving Zambians to go in numbers and support Ndola, Mufulira and Zambian Rugby generally in this international display.