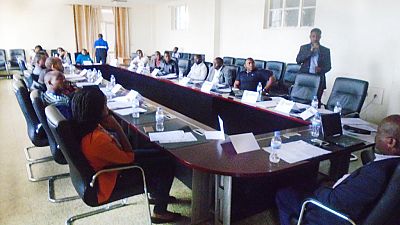 Rwanda Rugby Federation (RRF) (www.RwandaRugby.com) has announced that it will hold a General Assembly to review the constitution on November 25, 2018, at Amahoro stadium.

RRF secretary general Tharcises Kamanda has told this publication that part of the key issues to be reviewed comprise of new rugby clubs members that will be accepted by RRF after obtaining legal status from Rwanda Governance Board (RGB) as well as changing the terms limits of member clubs.

“Only one club Lion de Fer, Puma, and Muhanga Thunders rugby clubs have permanent legal status from Rwanda  Governance Board (RGB), the rest have temporary status” he noted.

The other issues to be discussed will also include the electing of four Executive committee members, the president, the vice president, secretary general, treasurer, and two audit committee officials.

All members that have been serving at RRF are volunteers except the Chief Executive Officer who earns a monthly salary, the rugby body revealed.

Other areas on the assembly agenda will include the activity report and 2018 financially report.