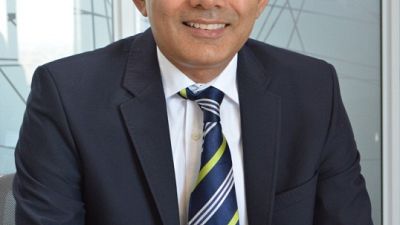 According to EY’s (www.EY.com) latest Africa Attractiveness report, FDI was up across the continent last year, although South Africa experienced a fall in project numbers, on the back of continued weak domestic growth.

The EY 2018 report, ‘Turning tides’, provides an analysis of FDI investment into Africa over the past ten years. The 2017 data shows that Africa attracted 718 FDI projects which is up 6% from the previous year. This was in line with a recovery in the continent’s economic growth, following a difficult preceding year.

The higher project numbers were driven by interest in ‘next generation’ sectors, namely manufacturing, infrastructure and power generation. Despite the rise in FDI, project numbers remain below the 10-year average of 784 projects (per annum).

The report also highlights the countries with the strongest FDI gains, with Ethiopia, Kenya and Zimbabwe experiencing a major uptick in FDI during the 2017 year. By contrast, South Africa, Egypt, Mozambique and Cote d’Ivoire experienced declines in FDI projects in the same year.

Ajen Sita, EY Africa CEO, says “2017 was in many respects a key year for the continent. We saw multiple changes in leadership across a number of countries, including South Africa, Zimbabwe and Angola. In addition, Kenya’s election was drawn out which created uncertainty at the time. Changes in leadership have in turn led to a renewed urgency to implement fresh policies as new administrations move to address slow economic growth.”

2017 saw a noticeable decline in emerging market investment flows into Africa. This is a major turnaround from the previous year when Asia-Pacific investors strongly increased inbound investments. Last year, investments from this region fell 16% while intra-African FDI also fell by 14%. The weaker intra-African flows were largely driven by a weaker appetite by both Moroccan and Kenyan investors into neighbouring countries. South Africa’s outward investment project numbers held steady as weak domestic growth saw companies continue the search for external growth opportunities across the continent.

After the USA, which remains the single largest country investing into Africa, three of the remaining top five investors are European, namely the UK, France and Germany. Of the ten largest investing countries in Africa, six are Western European.

FDI is more evenly allocated across the regions, as South Africa’s lead narrows

The report found that South Africa, Morocco, Kenya, Nigeria and Ethiopia were the dominant anchor economies within their respective regions, collectively accounting for 40% of the continent’s total FDI projects. Overall these four major sub-regions each attract similar FDI when measured by project numbers. For the first time ever, East Africa became the single largest beneficiary of FDI with 197 projects (27% of total projects). Southern Africa, by contrast, fared lowest of the four major regions, at 162 projects (23%).

Whilst South Africa remains the continent’s leading FDI destination when measured by project numbers, for the first time ever the country’s lead is under threat with Morocco increasing its FDI projects by a sizeable 19% to share the top spot with South Africa. “Over time and as Africa’s growth accelerates, we anticipate that South Africa’s share of inbound FDI will continue to decline, relative to the rest of the continent. This will be driven by sustained strong growth, particularly in the Eastern-hub economies, and revived growth in the West hub. It illustrates the need for South Africa to ensure its leading economic role across the continent is sustained”, says Sita.

Next steps to increasing Africa’s FDI

”There are major opportunities that the continent can benefit from after the recent leadership changes we have witnessed. These opportunities require emboldened leadership to drive renewed policy reforms and implement new initiatives which encourage inbound investment flows. There are some outstanding examples of how this has already worked in some countries, not least Rwanda, which is able to attract FDI well ahead of other economies of similar size, and indeed, ahead of much larger economies. By focusing on improving public sector efficiencies and finances, minimizing bureaucratic processes and partnering with the private sector on major projects, more countries can stimulate much needed FDI. In addition, they should continue to focus attention on increasing their scores on the ease of doing business and global competitiveness rankings”, Sita concludes

Distributed by APO Group on behalf of EY.
Media Contact:
EY Africa Media Relations
Zandile Maramnco
+27 82 544 8257
For more Information:
LinkedIn: @EY
Twitter: @EY_Africa
Facebook: @EYCareersAfrica
Instagram: @ey_southafrica
Editors notes:
Methodology: Our evaluation of the reality of FDI in Africa is based on the analysis of the IBM Global Location Trends database, produced in collaboration between EY and IBM-Plant Location International (IBM-PLI).
This database tracks those FDI projects that have resulted in the creation of new facilities and new jobs. By excluding portfolio investments, and M&A, it shows the reality of investment in manufacturing and services by foreign companies across the continent. An investment in a company is normally included in FDI data if the foreign investor acquires more than 10% of the company’s equity. FDI includes equity capital, reinvested earnings and intracompany loans.  But our figures also include investments in physical assets, such as plant and equipment. And this data provides valuable insights into:
How FDI activities are undertaken: What activities are invested in; where projects are located; and who is carrying out these projects
Refer for further at www.EY.com/AfricaAttractiveness
About EY:
EY (www.EY.com) is a global leader in assurance, tax, transaction and advisory services. The insights and quality services we deliver help build trust and confidence in the capital markets and in economies the world over. We develop outstanding leaders who team to deliver on our promises to all of our stakeholders. In so doing, we play a critical role in building a better working world for our people, for our clients and for our communities.
EY refers to the global organization, and may refer to one or more, of the member firms of Ernst & Young Global Limited, each of which is a separate legal entity. Ernst & Young Global Limited, a UK company limited by guarantee, does not provide services to clients. For more information about our organization, please visit ey.com.
This news release has been issued by EYGM Limited, a member of the global EY organization that also does not provide any services to clients.
Media files