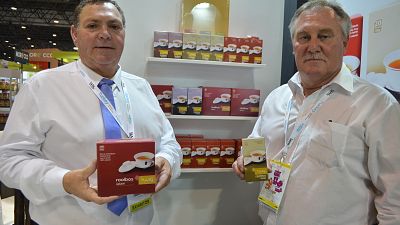 A Western Cape-based company, SA Rooibos Tea Supplies is on a long term mission to become the preferred supplier of packed rooibos to the European market over the next ten years. The company is currently exhibiting at the 27th Salon International de l’Alimentation (SIAL) Food Innovation Exhibition in Paris, France as part of a 38-member delegation led by the Department of Trade and Industry (the dti).

“We are a turn-key source, packer and exporter of South African herbal teas to the world and our company specialises not only in offering the refreshing rooibos and honeybush tea under our own trademark, but we offer it as a private label as well,” says the Managing Director of SA Rooibos, Mr Jacques Bester.

“Our company has been in operation for 20 years and employs 50 people. We operate from our plant in Gordons Bay and over the years we have steadily expanded our presence in the international market. We currently are exporting our products to Japan, South-Korea, Germany and the Netherlands. We intend on exporting to France soon,” he said.

He adds that their establishment’s target clientele is mainly grocery chains, distributors and importers. His company’s competitive strength, he says, lies in the fact that they aim to offer a value-added, superior finished product to the market.