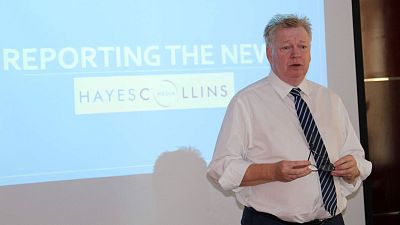 The Embassies of the United Kingdom and United States of America in Addis Ababa are pleased to launch a joint capacity-building project for government communicators and journalists.  The “Supporting Communication between Government and Journalists” program is part of ongoing efforts to support the Ethiopia’s political reform process.

The project seeks to support the professional skills of journalists, enhance the capacity of government communicators to engage with the press, and bring both groups together for practical exercises aimed at building confidence and connections.

The program kicked off with the first training at the Harmony Hotel in Addis Ababa, with the participation of government communicators from federal ministries and journalists from private and state media organizations.

The two-day training will be led by Hayes Colins media of the UK.  On the first day, journalists and government communicators receive separate training, and then come together for practical exercises on the second day.

The United Kingdom and United States embassies are partnering with Transparency Ethiopia, a Local NGO, for the implementation of the program.