In Djibouti, a major contract was signed. Then the Chinese arrived. Everything changed. (by Simon Ateba) 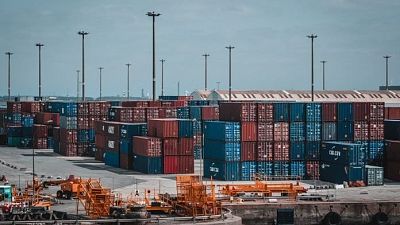 When a major contract between DP World Limited and the Republic of Djibouti was signed, everyone seemed to be happy and satisfied with the business deal.

Both sides pledged to respect the terms of the agreement, and it seemed back then, that Djibouti, a tiny but important country located in the Horn of Africa, was trying to inject more professionalism and trust in the way it was building its infrastructure and conducting business with the world.

Under the terms of the contract, Djibouti granted DP World exclusive rights over port and free zone facilities within Djibouti, including container handling facilities.

DP World obeyed the terms of the contract, those familiar with the business deal told TODAY NEWS AFRICA in Washington DC.

The company constructed, developed, and managed a state-of-the-art container terminal at Doraleh jointly owned by DP World (33.34%) and a Djibouti state-owned entity, PDSA (66.66%). Everything seemed to be going well until the Chinese arrived in 2013.

That year, China Merchants bought 23.5% of PDSA from Djibouti, and the problems began almost instantly, especially as the Terminal proved to be a tremendous success, generating annual profits worth tens of millions of U.S. dollars.

Under unclear advice, Djibouti sought to expropriate the entire Terminal for itself, including, in February 2018, by unlawfully seizing control of the Terminal and purporting to unilaterally terminate the agreements.

This led to several legal challenges and in July 2018, a tribunal at the London Court of International Arbitration ruled that Djibouti’s purported termination was unlawful and invalid.

In violation of DP World’s exclusivity rights, Djibouti has in recent years partnered with China Merchants to construct, develop, and/or operate six new ports and free zones within Djibouti.

China Merchants, despite its multiple partnerships with Djibouti and its ownership of PDSA, has taken no steps to prevent Djibouti’s unlawful seizure of the Terminal and unlawful purported termination of the agreements.

With the illegality dragging, in August 2018, various subsidiaries of DP World sued China Merchants Port Holdings Company Limited in the High Court of Hong Kong for unlawfully procuring and inducing the Republic of Djibouti to breach various agreements between Djibouti and DP World.

In the lawsuit, DP World is seeking damages, interest, and a declaration that China Merchants unlawfully procured and/or induced Djibouti’s breaches of its agreements with DP World.

A ruling is still being awaited. But the case is another example of how China’s growing influence in Africa is perverting business on the continent.

Distributed by APO Group on behalf of Today News Africa.

Download logo
In Djibouti, a major contract was signed. Then the Chinese arrived. Everything changed. (by Simon Ateba)