The Sahel region is facing significant security, humanitarian and development challenges. Weak state structures and porous borders have enabled Islamist terrorist groups to gain a foothold in the region. Conflicts are threatening stability in several of the region’s countries and have caused the civilian population enormous suffering. The human cost of people smuggling and irregular migration to Europe through the Sahel is  huge.

‘Because of its proximity to Europe, the situation in the Sahel is important for Europe. That is why we are taking an integrated approach to the region. We want to combine intensified diplomatic and political efforts with measures to promote security and development,’ said Minister of Foreign Affairs Ine Eriksen Søreide.

Norway opened a new embassy in the Malian capital of Bamako in January 2018, as part of its intensified efforts in the region. We have already established cooperation with Mali and Niger, and a considerable part of our development efforts is concentrated in these two countries.

‘The countries in the Sahel and Lake Chad regions are among the poorest in the world, and they are severely affected by climate change. Unless these countries receive international support, several of them will be unable to achieve the Sustainable Development Goals,’ said Minister of International Development Nikolai Astrup.

The new strategy is based a number of recent white papers, our new humanitarian strategy and the strategic framework for Norway’s engagement in conflict prevention, stabilisation and resilience building in countries and regions affected by conflict and fragility. It is being launched by State Secretary Marianne Hagen and State Secretary Jens Frölich Holte at an event at the Ministry of Foreign Affairs.

The strategy has been developed in dialogue with other relevant ministries, Norwegian organisations and expert groups and international partners such as the UN, the EU, the African Union and other European countries.

The name ‘Sahel’ is derived from an Arabic word meaning ‘coast’ or ‘shore’, and the Sahel region refers to a belt of land that stretches from West Africa to Sudan along the southern ‘shore’ of the Sahara Desert.

Distributed by APO Group on behalf of Royal Norwegian Embassy in Abuja. 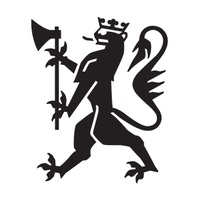