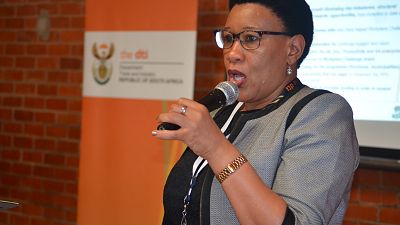 The Chief Director of Space affairs at the Department of Trade and Industry (the dti), Ms Nomfuneko Majaja says that the Workplace Challenge Programme (WPC) has led to the sustaining of more than 50 000 jobs and creating a further 250 since it was founded. Majaja pronounced on this remarkable milestone during the 20-year anniversary celebrations of the Workplace Challenge Programme which took place in Botshabelo, Free State.

The WPC Programme is a joint initiative of the dti and Productivity South Africa (Productivity SA) that is implemented over a 24-month period with the aim to encouraging and supporting negotiated workplace change to improve productivity and job creation.

Majaja further mentioned that enterprises that had participated in the WPC programme had been collectively funded to the tune of R151 million and had generated more than R1.88 billion in total turnover.

“These figures are a sure sign of progress and we must sustain it and forge partnerships with the WPC programme to support our flagship programmes such as the Black Industrialists Programme, the Industrial Park Revitalisation Programme and the Special Economic Zones Programme. We also see the WPC Programme building a competitive manufacturing sector within the Industrial Policy Action Plan,” she said.

Majaja further outlined that a web-based monitoring and evaluation system has since been launched in order to measure the impact of the WPC on participating companies.

The Chief Executive Officer (CEO) of Productivity SA, Mr Mothunye Mothiba appealed to prospective entrepreneurs to generate ideas amongst each other, to test the feasibility of success of these ideas and to pursue those that demonstrate potential of success.

“We must accept that productivity is the most effective tool to maximise production, especially amongst our small and medium enterprises as they are the catalysts for economic growth. By helping our enterprises enroll on the WPC Programme we will be equipping them with the means to reduce poverty, unemployment and inequality,” said Mothiba.

“The productivity revolution will be embarked on post the awards especially in Botshabelo; where there were fewer economic opportunities for Summer. We will be recognising enterprises that have embraced the WPC and turned their strategies for the better,” he said.