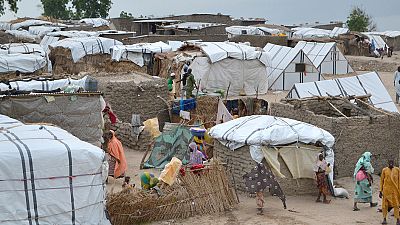 The United Nations welcomed on Friday as an “important milestone” the release in Nigeria of 833 children by the Civilian Joint Task Force (CJTF); a group formed in 2013 to protect communities and support the country’s security forces against Boko Haram extremists.

“This is an important development for boys and girls of north-east Nigeria whose lives have been deeply affected by violence and insecurity,” said the UN Special Representative for Children and Armed Conflict, Virginia Gamba. “I also want to highlight that today’s release of children is the result of months of productive work and collaboration between the CJTF and the United Nations… We expect more children to be separated from the CJTF soon.”
For over nine years, Nigeria’s north-east has been in the grip of a brutal conflict between various non-state armed groups, including Boko Haram, and the Nigerian military. This has resulted in the recruitment of thousands of children by the various militias.
This release by the CJTF comes after it was named in the UN Secretary-General’s Annual Report for Children and Armed Conflict and an action plan was subsequently developed and signed in September 2017. In the agreement, the group committed to ending and preventing the recruitment of children and agreed to release all children from their ranks.
The United Nations has supported this process by providing training and awareness raising sessions to members of the CJTF and communities.
This is the first formal release since the agreement, but the UN Children’s Fund (UNICEF) estimates that another 600 boys and girls remain within the ranks of the CJTF in the city of Maiduguri, and many more youngsters remain in other armed groups, either in combat or support roles.
“The release of these children from CJTF shows commitment to implement the provisions of the Action Plan and to uphold international humanitarian law, human rights laws as well as other regional and national legislations, protecting children’s rights,” said Pernille Ironside, Deputy Representative of UNICEF in Nigeria.
Special Representative Gamba noted that the Nigerian authorities will be providing reintegration services to all children released today, with support from UNICEF and other child protection organizations.
“We have an opportunity to help these children heal and rebuild their lives,” said the Special Representative. “I call on all those who can support this process to work with us to ensure they have access to the best possible services.”
Since 2017, UNICEF and its partners have supported the Nigeria authorities in its efforts to reintegrate more than 8,700 children released by parties to the conflict. This work has involved tracing their families, getting them home and offering psychological and economic support, an education, vocational trainings, as well as helping them overcome the stigma they face from their association with armed groups.
While today’s release of children is an “important milestone” for the protection of children in Nigeria, Ms. Gamba regretted that children in the country’s north-east continue to be subjected to grave violations.
During the first six months of 2018 alone, 37 children, the majority of whom were girls, were used as ‘human bombs’ to harm civilians. During the same period, 349 children were killed or maimed, and another 140 children were abducted.
The Special Representative also expressed concern over children detained by the authorities for their – or their parents’ – alleged association with non-state armed groups. Calling on the Nigerian Government to consider these children primarily as victims, she appealed for a handover of these children to civilian care “without delay”.
Distributed by APO Group on behalf of United Nations (UN).
Media files