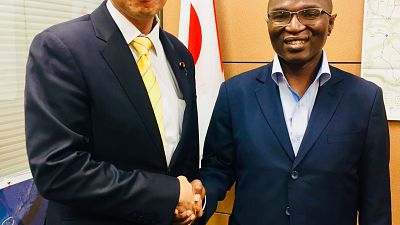 More opportunities for investment exist in Africa for Japan if the recently concluded the African Continental Free Trade Area agreement that is geared towards future investment collaboration and industrialisation for the African market is anything to go by.  This was said by the Deputy Minister of Trade and Industry, Mr Bulelani Magwanishe at the end of a week-long trip to Tokyo where he held bilateral meetings with the Chairman of the Japan-African Union Parliamentary Friendship League, Mr Ichiro Aisawa, and a Member of the House of Representatives in Japan, Mr Hitoshi Kitawada.

Magwanishe was in Japan to attend the Tokyo International Conference on African Development (TICAD) VII Ministerial Meeting. Delegates at the meeting acknowledged that addressing the challenges facing Africa would require transformation of economic base and moving towards diversification and industrialisation. This could be done through appropriate infrastructural investment in energy sources, science, technology, innovations and human capital that would support the development of value-chains in agriculture and extractive activities.

“Although South Africa and Japan maintain good trade relations, there is room for improvement as South Africa needs to industrialise more to ensure trade is mutually beneficial given that we still export primary products to Japan. We therefore called upon Japanese companies that attended the 1st Japan-Africa Public Private Economic Forum to convert their pledges into investments to increase our trade base,” said Magwanishe.

He congratulated Japan for hosting a successful TICAD Ministerial Meeting and emphasised that collaboration between Africa and Japan under TICAD remained important. He also encouraged partnerships between businesses from both countries and said South Africa appreciated Japan’s support in the automotive sector and its contribution to industrialisation over the years.

By the end of 2017, Japan was South Africa’s third largest trading partner in the world after China and the United State of America. Total trade between South Africa and Japan has been about R93 billion over the past five years. During this period, South Africa’s exports to Japan slightly increased from R54 billion in 2013 to R55 billion in 2017 whereas SA’s imports from Japan declined from R39 billion to R38 billion in the same period.

Download logo
Deputy Minister of Trade and Industry, Mr Bulelani Magwanishe with a Member of the House of Representatives in Japan, Mr Hitoshi Kitawada