Identified as a strategic growth point for major international hotel brands, Francophone Africa has become one of the world’s most competitive and lucrative deal making environments. In a market first, the FrancoReal Summit (www.FrancoReal.com) taking place in Dakar, Senegal on 16 and 17 October 2018, will provide the platform for hospitality leaders from the Radisson Hotel Group, Mangalis Hotel Group and Accorhotels to engage with regional investors and developers.

According to global authority, Horwath HTL France’s managing partner, Philippe Doizelet, there has been a measurable uptick in activity due to the historically low penetration of international operators in the market.

“Investment opportunities within the hotel sector in French-speaking Africa are on the rise. This rise in sentiment is predominantly explained by the lack of quantitative and qualitative supply in some regions, with many hotels not being able to respond to the increasing demand.”

With 50 % of its Africa deals in 2018 taking place in the Francophone Region, one international operator focussed on the region is the Radisson Hotel Group, as its director of business development, Erwan Garnier explains.

“The Radisson Hotel Group has identified Francophone Africa as a key market, and we’re aggressively expanding within the region to become the market leader. Our objective is to double our current Francophone presence to 40 hotels with over 9,000 rooms in the market by 2022.”

Currently operating in 12 markets, Radisson’s growth strategy is matched by AccorHotels and Mangalis and other international and regional chains, who are upping the ante in the region says Doizelet.

“The market is currently dominated by Accor and the Radisson Hotel Group which continue their development in the region. Other international groups actively looking for new development opportunities in the region, are namely Hyatt, Hilton, Marriott, Kempinski, as well as regional groups including Azalaï, Mangalis and Onomo.”

Considered a regional specialist brand, but with a robust international management team, the Mangalis Hotel Group hopes to become the preeminent brand in the region says its chief executive officer, Olivier Jacquin.

“By 2022, Mangalis will be the regional hotel operating leader with 20 properties in operation and under development offering 2 600 over rooms in the various segments of the industry.” And with such ambitious plans to scale, 2019 is set to be a significant year for the nimble and fast-growing brand as they launch four of their Noon branded hotels in Benin, Niger and Ivory Coast.

With a significant number of brands entering the market, growth at this juncture remains constrained to the midscale pricing bracket, as there remains only a few locations for high-end developments says Doizelet.

“So far, only a handful of destinations in French-speaking Africa are suitable for top end hotel development, such as Ivory Coast or Senegal.”

The major international groups seem to agree with Doizelet’s assessment especially in Senegal – with Radisson Hotel group particularly active in the Dakar market and using the city as a launchpad for regional growth.

As Garnier explains, “Senegal is the number one market for international investors because of its long-term economic stability. We already have two of the country’s leading internationally branded hotels; Radisson Blu Hotel, Dakar Sea Plaza and Radisson Hotel Dakar Diamniadio, however, we now want to introduce the rest of our African brands to Senegal, i.e. Radisson Collection, Radisson RED and Park Inn by Radisson.”

And while competition grows daily in the market, Jacquin believes the scale of the opportunity in the market provides room for all operators.

“There is still room for all of us.  The presence of a variety of suppliers gives the international and regional travellers choice of products in a market which is still growing. Mangalis like any other brand has its own DNA and signature, in addition, we are African rooted hotel operator and developer.”

The annual Francoreal Summit for Garnier is a strategic fit for the Radisson Group, especially as they seek to identify strong local partners to match their Africa business plan and introduce new products to the market.

“We plan to present the new Radisson Hotel Group brand architecture, which includes the introduction of two new brands to the African Market; Radisson Collection positioned as the premium lifestyle and affordable luxury and Radisson as the upscale hotel brand.”

Moreover, as the Radisson’s brand continues to expand across the market – this rapid growth is dependent on developing strong local ties which are the foundation of their Africa strategy.

“We have an asset light strategy in Africa, providing our expertise from managing almost 90 hotels and partnering with local developers, making local connections to create successful projects.” This investment light strategy relies on a robust local foundation and partners explains Garnier.

“We are always looking for local partners that have the long-term vision of developing hotels with an international partner like the Radisson Hotel Group, financial muscle to leverage the equity needed to kickstart the project, financial partners to raise the debt to complete the project. However, more importantly, they must have the local connections to navigate the local administration to obtain construction permits and local legalities.”

With more than 150 senior executives from across the region and from South Africa and internationally, providing the platform for delegates to conduct business deals and gather insights is a crucial focus for the FrancoReal Summit says it host, API Events’ Kfir Rusin.

“Francophone Africa is growing in interest for our African and international stakeholders, many of whom have expressed a keen interest in the market across all sectors. From a hospitality perspective, we have Mangalis Hotel Group’s CEO Olivier Jacquin, the Radisson’s Erwan Garnier, Accor Hotels’ Redah Faceh, and Horwath HTL France’s managing partner Philip Doizelet, who are the region’s most active dealmakers and analysts speaking at the Summit.”

Mangalis Hotel Group’s Olivier Jacquin believes the Francoreal Summit will bring the key property stakeholders together. “Such an event is not only the opportunity to showcase the region, but it is also a platform to bring all the key stakeholders together (investors, operators, buyers etc.). So, needless to say, that FrancoReal Summit is very welcomed, especially in Dakar, as one of the fast-moving Francophone Africa capitals.”

Distributed by APO Group on behalf of API Events.
Media contact:
Murray Anderson
Phone: +27 11 250 2260 | +27 71 890 77 39
Email: murray@apievents.com
About the Francophone Property Investment Summit:
The FrancoReal Property Forum (www.FrancoReal.com) is Francophone Africa’s largest and most premier real estate event. It connects the most influential local and international Africa property stakeholders, driving investment and development into a wide range of real estate and infrastructure projects and developments across the region.
API Events deliver Africa’s most renowned events in real estate investment and development. Our events across the continent have become the ultimate meeting places for Africa’s property market to learn, network and most importantly to do deals. The company also hosts the API Awards – these prestigious awards provide a platform for distinguished developers, suppliers and owners in the African real estate industry, to showcase their best projects and services. Other services provided by API Events include training programmes and the recently launched Skyline Magazine.
For more information, you can visit: www.FrancoReal.com
Media files 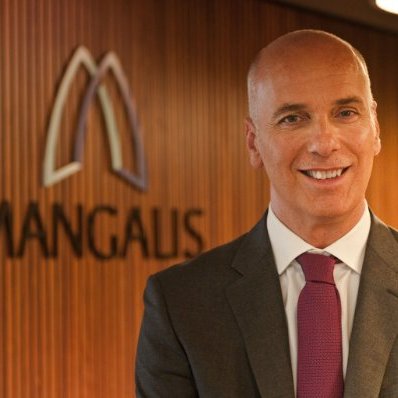