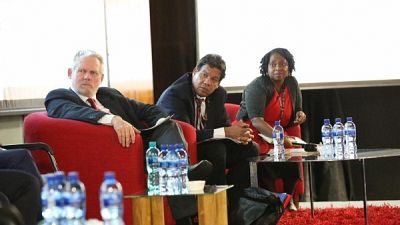 Market access and penetration of established sectors of the economy still poses a challenge for most Black Industrialists trying expand their products and services locally and internationally. These were some of the pleads coming from the beneficiaries of the Black Industrialists Scheme (BIS) to government attending the Inaugural Black Industrialists Roundtable Dialogue hosted by the Minister of Trade and Industry, in Pretoria.

The purpose of the dialogue was to facilitate and foster open discussion between the government and the private sector, including beneficiaries of the Black Industrialists Scheme (BIS), on means and ways to strengthen collaboration, and share lessons learnt during the initial roll-out of the scheme.

The Black Industrialists urged government to address among others; the issue of localisation and procurement especially from State Owned Enterprises (SOEs) and local retailers, enforcement of local content, additional funding from Development Finance Institutions, the increasing cost of electricity and fuel, limitation of imports and border management, the training and skills development and the impact of the Fourth Industrial Revolution, and the Value Added Tax refund delays by the South African Revenue Service to companies.

“Likewise, the question of border management and cheap imports of all sorts of products from Lesotho, Swaziland and other neighbouring countries is not an easy matter because we are in the Customs Union with these countries and they have a right to enter our markets.  It is not easy to stop their products unless there is something illegal going on. If there is something illegal happening then bring it to our attention to make sure that we address the matter and that there is fair play in the market,” said Davies.

Davies urged the banks and retailers to do more to support Black Industrialists and emerging entrepreneurs.

Since inception of the scheme, 128 projects with a total projected investment amount of R11.1 billion have been approved through the Funding Forum. These projects have total projected 16179 direct and 4235 retained jobs in key strategic IPAP manufacturing sectors in line with the BI Policy.