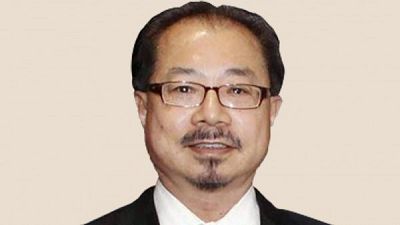 The construction of a new major airport in Angola is confirmation of a disgraced Chinese billionaire’s clutch on infrastructure projects in the economically-struggling Southern African country and his infamous influence in the continent’s political crises and human rights violations.

Sam Pa, the 60-year-old businessman who is synonymous with controversy in the continent, is back in the spotlight in Angola, a country which is going through upheavals of its own amid a receding economy, allegations of embedded political patronage and doubts over the credibility of pledges to curb corruption.

The facility is set to open next year or in 2020. The staffing of the projects with almost exclusively Chinese workers caused protests by the local population at the start of the construction. This led to occasional riots, with the police and military having to intervene to calm down the situation.

The company has pleaded over $18 billion of investment in several African countries in recent years.

Pa, who first rose to international infamy ten years ago for funding the Zimbabwe regime during violent crackdowns on opponents of the then-president, Robert Mugabe, is said to be the president of CIF.

Construction of the new airport has borne the brunt of CIF’s reputation for struggling to complete some of their projects due to difficulty in raising funds.

His work in Angola has been heavily criticised for non-completion, with his work on recontrusting the Benguela railway line attracting criticism from locals. The opening of the new airport was originally scheduled for 2015/2016 but is lagging over intermittent funding challenges.

A Wikileak cable attributed to the then Chinese Ambassador to Angola Bolum Zhang, appeared to distance China form CIF.

Zhanga was quoted criticising CIF’s “weak management and lack of leadership had stalled many projects.”

In Angola, CIF and Pa are seen as the pivot in the ties between the Southern African country and China and the control of Angolan resources by the Asian economic powerhouse. Among such influences, CIF controls all Angolan oil contracts for the Chinese State company, Sinopec.

He has previously been detained after Su Shulin, a former chairman of state-owned oil group, Sinopec, was investigated for alleged corruption by the ruling Communist Party’s anti-graft body.

Probes into both men were related, with the pair having been pictured in 2008 at a high-level meeting in Beijing alongside a top oil official from Angola.

The man is believed to be Manuel Vicente, the then-chairman of the board and director general of the Angolan state oil company, Sonangol.

Vicente is quoted as saying having created China Sonangol himself. “We looked for a partner in China to join us and to get that stake and that’s why we formed this company,” he said.

Vicente is accused of restructuring the company’s main subsidiaries to his personal benefit.

A decade later, he still has clout on the Angolan politics and the economy.

The beleaguered former deputy president is at the centre of a recurring system of patronage.

He is the advisor to President Joao Lourenço and maintains an extraordinary position of influence over the economy, through his family and close associates.

Pa’s influence on Angola dates back to the struggle for Angola’s liberation (Angola gained independence from Portugal in 1975) when he provided weapons and support.

It is widely believed Pa met Lourenço’s predecessor, Jose Eduardo Dos Santos, during his (Pa’s) time with the Russian military.

“The construction of the new airport is a continuation of Pa’s, CIF’s and by extension, China’s monopoly on Angola Construction projects,” Pereira added.

Pa is not new to controversy in the sly African political landscape, where he has met high-ranking officials and heads of state incuding dos Santos and Mugabe.

His hideous prominence emerged in 2008 after he was named as the chief financier of a deadly crackdown on the political opposition when Mugabe and his Zimbabwe African union-Patriotic Front (ZANU-PF) lost power to Morgan Tsvangirai, now late, and the Movement for Democratic Change (MDC) respectively.

The United States would subsequently slap him with sanctions along Zimbabwean leaders accused of human rights violations.

He has been implicated in propping up oppressive regimes in Guinea and Madagascar.