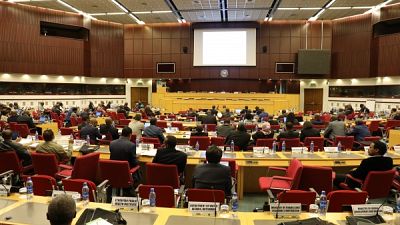 The 13th session of the African Symposium on Statistical Development (ASSD) kicked off on Monday in Addis Ababa under the theme, “Application of economic statistics and national accounts in support of sustainable development.”

ASSD is an annual international meeting that brings together African statisticians together with regional and international partners to tackle economic, demographic and social themes.

Speaking at the two-day event hosted by the United Nations Economic Commission for Africa (ECA), representatives of some member states shared their successes, challenges, and plans for statistical development in line with the SDGs.

South Africa’s Litshani Ligudu noted that SDGs have been aligned to his country’s National Development Plan (NDP) and that “an integrated indicator framework has been developed that aligns indicators of the African Agenda 2063 and SDGs to the NDP.”

Mr.  Ligudu deplored the fact that “South Africa was unable to provide data on 49% of the SDG indicators from goal 8, 9 and 17, due to the lack of data to compile economic indicators.”

In his  presentation on “Mainstreaming SDGs in the National Statistical Systems, ” Daniel Maslowa  from Tanzania said his country has also aligned the SDGs to its NDP, stating “a Sustainable Development Data Roadmap Process was introduced to assess the implementation of SDGs.”

He noted, however, that the country’s statistical systems are unable to meet its need for economic statistics because: existing systems are not harmonized; data collection is irregular; political commitment is limited; stakeholder coordination is poor; and the existence of data in “not easy to use format,” amongst others.

Mr. Maslowa recommended collaboration with non-state actors and the International Data Community, and the setting up of clear policy and procedural guidance for developing the national data ecosystem as some of the solutions.

A representative from UNFPA, Collins Opiyo, highlighted census methodologies known as ‘census hybrids’, as an alternative to traditional censuses.

Another emerging opportunity is UNFPA’s population data platform, driven by “the need to produce more frequent and timely statistics; (e.g. due to privacy concerns); and increased technical capacities to manipulate data sources” etc.

He cited statistical modeling that requires some data from surveys, GIS data and satellite imagery as an example of census hybrid.

The UNFPA official pointed out that the hybrid method could be very useful “In countries where traditional census is not possible due to insecurity; to generate intercensal estimates; and may also be useful to inform census cartography planning.”

Participants from Senegal, Nigeria, Togo, Central African Republic, Botswana, Morocco, Uganda, and Malawi were amongst the those that shared their country experiences. These countries pointed to the benefits and strategies to successfully conduct GDP rebasing, to develop and apply supply and use tables, and to undertake environmental economic accounting. All these are crucial at the earliest stages of the making of sustainable development.

Mr. Xiaoning Gong, form ECA, share the capacity building programme that ECA is leading in supporting African countries in GDP rebasing as well as the development of supply and use table and environmental economic accounting.

In addition to economic matters, the symposium also tackles subjects pertaining to the 2020 Round of Population and Housing Censuses in Africa and improvement of CRVS on the continent.

The 13th edition of ASSD is taking place within the context of the Sixth Statistical Commission for Africa (StatCom-Africa-VI) dubbed, “Enhancing National Statistical System Capacity to Support Policies for Africa’s Economic Diversification and Industrialisation.”