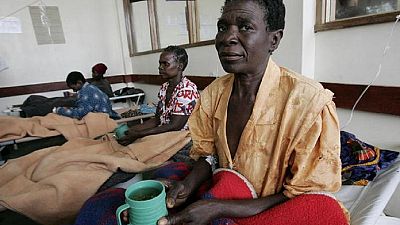 At least four people have died following a cholera outbreak in Chegutu, a town south west of Zimbabwe’s capital Harare.

The reported cases have reached 22, according to the state newspaper, the Herald, while cases admitted at the Chegutu District Hospital Isolation Unit were 9.

The four deaths include an 80-year-old woman and 3 male relatives who contracted the disease while performing rituals to wash out her intestines without protection.

We are hoping that with the collective effort that is there now, government and other stakeholders can stop the scourge in Chegutu and prevent cholera from spreading to other areas.

“The number of presented cases has risen to 22 from 18 on Friday and we are working with several of our partners who have moved in to help manage the situation,” said Dr Nyamayaro.

Doctors Without Borders, Red Cross Zimbabwe, Unicef and other agencies from Germany are already on the ground helping to manage the outbreak.

Authorities say the disease outbreak is linked to water shortages in the mining town of Chegutu, but haven’t ruled out a link to the outbreak in neighbouring Zambia, where more than 60 people have died.

The disease has so far claimed more than 67 lives in Zambia but investigations show that neither of the victims nor the patients had recently travelled to the neighbouring country.

Chegutu West House of Assembly member Dexter Nduna said efforts should be made to ensure that the disease did not spread to other parts of the country.

“We are hoping that with the collective effort that is there now, government and other stakeholders can stop the scourge in Chegutu and prevent cholera from spreading to other areas,” said Cde Nduna.

However, health officials say control of the outbreak will be difficult without resolving the issue of reliable water supplies.

Chegutu suffered its worst cholera outbreak in 2009 when about 200 cases were recorded leading to the death of 30 people.

The outbreak comes as the government inZimbabwe has stepped up cholera control in Kariba and Chirundu border towns in order to forestall transmissions from travellers to Zambia.

Cholera is a diarrheal disease caused by consuming contaminated food or water. 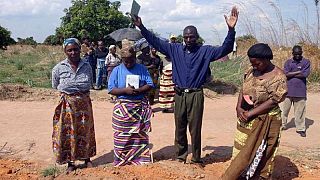