Ivory Coast coach Marc Wilmots has called for fans of the Elephants to get behind their side when they play Morocco in a must-win African Group C World Cup qualifier in Abidjan on Saturday.

A listless display in a 0-0 home draw against Mali in October handed the advantage to Morocco, whose 3-0 victory over Gabon saw them move top of the group by one point from the Ivorians.

Since taking over in March, Belgian Wilmots has seen the Elephants win only two of the seven games they have played, putting their qualification for a fourth consecutive World Cup finals in doubt.

They face a Morocco side led by their former coach Herve Renard who know that a draw will be enough to see them qualify for Russia 2018. 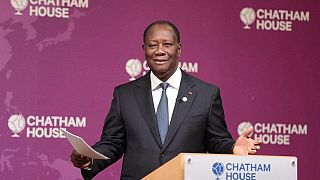