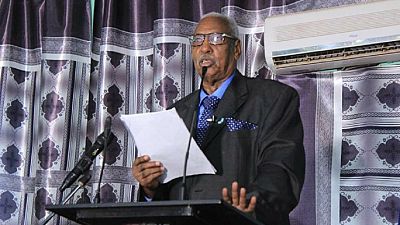 Ousted president of Somalia’s Galmudug State Ahmed Haaf has declared a three-month state of emergency after he was reinstated amid the political crisis in the semi-autonomous region.

The reinstatement was followed by an emergency parliamentary sitting which resulted in the sacking of speaker of parliament Ali Ga’al Asir and Haaf’s deputy Mohamed Haashi Abdi Arabey on Saturday night in a vote of no confidence, local media Radio Shabelle reported.

Haaf was impeached last week by a section of parliament after supporting the Saudi-UAE led faction of the Gulf crisis and calling on the federal government to change its neutral position due to its good relations with Saudi Arabia and the United Arab Emirates.

The vote of no-confidence by a section of parliament opposing his stance resulted in a political crisis with three other states accusing the federal government of accepting the impeachment quickly due to its disagreement with Haaf over his stance in the Gulf crisis.

They called on the federal government to nullify the impeachment and re-instate Haaf. This was done after some mediation talks.

“If the political crisis facing the country continues, coordination between the Federal Government and Federal Member States will deteriorate and this will significantly affect the war on terror,” they added in a joint statement.

The Galmudug president welcomed the decision to oust the speaker of parliament and his vice president in a statement in which he declared the state of emergency that started on October 1.