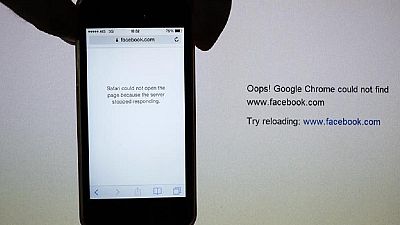 An often fiery government critic, Egyptian journalist Khaled al-Balshi has been arrested, had his operations monitored, and staff harassed by police for years. Yet his website Al-Bedaiah, a rare dissident voice in Egypt, had never been touched.

On Sunday that changed when it suddenly went blank with no warning after being blocked, part of what Balshi called an unprecedented and far-reaching state crackdown on scores of news websites in recent weeks.

“Let’s be clear, the Egyptian websites going through this are dealing with a long-term shutdown — this is not short term,” said Balshi from his downtown Cairo office, where four work stations sat idle, because staff feared coming to work in case of arrest.

Let's be clear, the Egyptian websites going through this are dealing with a long-term shutdown -- this is not short term.

Balshi’s website was the 57th blocked since May 24, according to the Association for Freedom of Thought and Expression, a non-government organisation tracking the affected sites through software that monitors outages.

Journalists see the campaign against them as a step toward banning all but the most state-aligned media, effectively reversing the private media boom that flourished in the final decade of former president Hosni Mubarak’s rule and which they say helped push him from power in 2011.

The spike in censorship has come as a surprise, even to journalists long-accustomed to reporting within strict red lines in Egypt where direct criticism of the military, the president, and judiciary are considered taboo and punishable by jail time.

The government has offered no comment on the reason behind the blockages and the Ministry of Communication and Information Technology had no immediate comment.

When Balshi’s website was wiped from Egyptian screens seven of its eight most read articles dealt with the same hot-button issue: a controversial accord transferring two Red Sea islands to Egypt’s top benefactor, Saudi Arabia. The measure is expected to be voted on within days by parliament.

Like another website blocked on Sunday, El Badil, Balshi’s has provided a platform for critics of the deal who argue that the islands are Egyptian territory, a point of view that sparked rare street protests last year calling for the accord’s cancellation.

Balshi and other journalists believe the wave of censorship is meant to neutralise debate on an issue that opposition figures say has already eroded some of Sisi’s support among voters who consider ceding sovereign territory unacceptable.

“I insist that we remain a voice, no matter what. And that we try to preserve our space. I think it should be done even as a suicide mission,” said Balshi. “What can we do?”