Kenya staring at possible ban after IOC cuts off funding 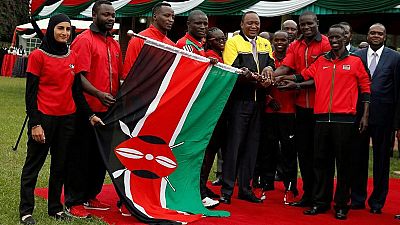 Kenya is staring at a bleak Olympic future after the IOC said in a statement on Thursday that it would cut funding to the country, with suspension likely to follow next week.

This comes after the country’s troubled Olympic Committee refused to make changes to its constitution. The IOC said it would discuss the matter at its executive board meeting in Pyeongchang South Korea next week to decide on any further action.

“The IOC is extremely disappointed by the outcome of the National Olympic Committee extraordinary General Assembly which did not address governance issues in the appropriate way,” the IOC said in a statement.

“This goes against the tripartite agreement (IOC-NOC-Government authorities) reached in September 2016 in Lausanne and the roadmap and discussions with the NOC over the last few months.”

The IOC wants a series of new regulations addressing issues of good governance within the country’ Olympic committee which has been marred by issues on doping, mismanagement and political pressure.

An IOC ban would mean Kenya, which finished second behind the United States in the track medals table in the Rio Olympics, would not be allowed to send a team to the Olympics or participate in an IOC-run event while it is suspended.

National Olympic committees divide up about $1.0 billion in IOC revenues every four years, their share from the marketing revenues of the Olympics while the IOC also supports thousands of athletes, coaches and staff through its Olympic solidarity fund.

Sports Minister Hassan Wario had ordered that NOCK be disbanded last August, saying the body had not arranged adequate accommodation and travel for the Olympic team in Rio, and had also mishandled other issues.

Despite problems in the build up to Rio, the East African nation enjoyed its most successful Olympics, winning six gold medals, six silvers and one bronze, all in track and field.