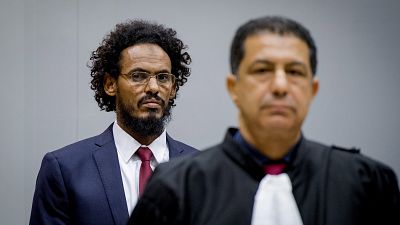 The International Criminal Court (ICC) at the Hague today opened its first ever war crimes trial addressing the destruction of cultural heritage.

Malian jihadi leader Ahmad al-Faqi al-Mahdi stands accused of destroying ancient mausoleums in Timbuktu—including medieval shrines, tombs of Sufi saints, and a 15th century mosque, which were all part of a Unesco World Heritage Site—during the Islamist takeover of Northern Mali in 2012. The mausoleums are currently being rebuilt, according to ArtNet.

The UK Guardian also reports that, Faqi, a local ethnic Tuareg, is said to have been a member of the Islamist group Ansar Dine, as well as the head of Hesbah, which consider the mausoleums, erected as a tribute to deceased saints, to be blasphemous.

According to the the ICC’s chief prosecutor Fatou Bensouda; “these accusations involve the most serious crimes: it is the destruction of irreplaceable historical monuments and serious attacks against the dignity and identity of entire peoples.”

For some NGOs, it is unfortunate that the charges do not extend beyond what the ICC is seeking.
According to director of Amnesty International Mali, Salou D. Traoré; they believe that the charges against Ahmad Al Faqi “should have been extended to those of rape, forced marriages or torture.”

The ICC issued an arrest warrant for Ahmad Al Mahdi Al Faqi on 18 September 2015, he was subsequently transferred to the Hague eight days later before he made an initial appearance on the 30 September. He is one of the leaders of Ansar Dine, radical Islamist group linked to Al-Qaeda in Islamic Maghreb (AQIM).

The destruction of fourteen mausoleums of Muslim saints in Mali by jihadist group Ansar Dine in the name of the fight against “idolatry” had caused global outrage.