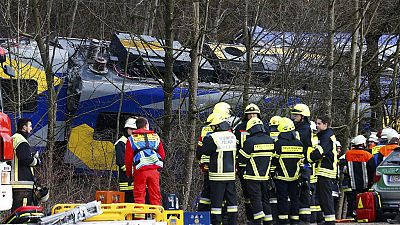 Nine people died and two others missing in a train crash in southern Germany on Tuesday, February 9, according to police sources adding that about 150 people were injured, including 50 in critical condition.

In an earlier statement, a spokesman for Germany’s federal police said four people had been killed with the death toll later rising to eight.

[watch Euronews video] Eight people were killed and 150 injured after a train crash near BadAbling near Bavaria https://t.co/TUaSEo51tt

He added that “because of the confined space we are rescuing the injured from the air before they are then taken to nearby hospitals.”

Local German rescue services were being supported from nearby Austria, with at least one Austrian Red Cross ambulance seen leaving the crash site.

The cause of the accident was unclear and police said investigations were starting into establishing what had happened.

The accident between two local passenger trains operated by Meridian happened at 6.48 a.m. local time (0548 GMT) near Bad Aibling in the southeastern corner of Germany.