In this episode of Business Africa: Artificial Intelligence promises to profoundly transform global economic growth and Africa wants to introduce its youth to this revolutionary tool; Meta launches free training on WhatsApp for entrepreneurs in French-speaking Africa; Inflation in the West African Economic and Monetary Union (UEMOA) zone continues its upward trend.

How to talk about technological progress without addressing Artificial Intelligence and its multiple promises? Africa wants to prepare its youth for the use of this computer tool which is developing more and more within companies and in all sectors of activity. To discuss this, we have Amal El Fallah-Seghrouchni , the executive president of AI Movement, the International Center for Artificial Intelligence in Morocco.

The Artificial Intelligence Dome was inaugurated on November 9 in Rabat. This new infrastructure, one of the most important in Africa, wants to "endow young people with new capacities to make them enlightened citizens, citizens capable of producing good science and artificial intelligence, ethical and responsible_" to declare Amal El Fallah-Seghrouchni, the executive president of AI Movement.

After Meta Boost, Meta makes WhatsApp Business Coach available to entrepreneurs in French-speaking Africa. A platform with low data consumption gives access to free training allowing them to deepen their entrepreneurial skills. The objective: "to make Meta training much more inclusive" according to Olivia Nloga , Communication Manager for French-speaking Africa at Meta.

With an inflation rate of 8.4% in October against 8.3% in September, WAEMU is facing an unprecedented inflationary spiral. While countries can't do anything about external factors, Daouda Sembene, director of international development consultancy AfriCatalyst, believes there's a lot to be done internally.

"It is important to continue to implement structural reforms to ensure that countries move steadily and quickly towards energy sector reforms and everything that can allow them to ensure that their economy is increasingly competitive," says Daouda Sembene. 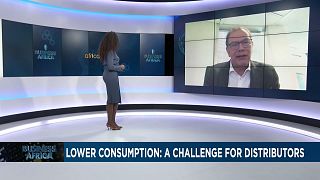