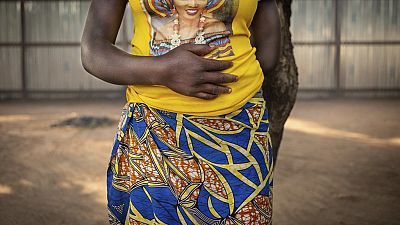 The Nigerian armed forces have been accused of conducting a mass abortion program on female survivors of jihadist groups in the country's northeast for nearly a decade, according to a Reuters news agency investigation published on Wednesday, which the army denied.

According to the investigation, the Nigerian military has been conducting a program of "secret, systematic and illegal abortions in the northeast of the country since 2013, ending at least 10,000 pregnancies in women and girls, many of whom had been abducted and raped by jihadist fighters."

"Most of the abortions" were performed without the women's consent, "often" without their knowledge, report the journalists, who rely on the testimonies of 33 women and girls, five health workers and nine security personnel involved in the program, but also on military documents and hospital records.

The women and girls were pregnant from a few weeks to eight months. "Some were as young as 12 years old," the investigation states.

According to testimony gathered by the journalists, the soldiers assured the women that the pills and injections given "were intended to restore their health and combat diseases such as malaria."

"In some cases, women who resisted were beaten, beaten with sticks, held at gunpoint or drugged to make them obey," the report said.

The army, in a five-page document cited in the Reuters investigation and consulted on Wednesday by AFP, denies the existence of such a program.

It asserts that its mission is to protect civilians, and claims that the investigation is "an insult to Nigerians and their culture.

In Nigeria, religion plays a central role, whether in the Muslim-majority north or in the Christian-majority south.

Abortion is illegal, except when the mother's life is in danger. In the north, it is punishable by up to 14 years in prison, the Reuters investigation found.

In its reaction, the Nigerian army insists that it cannot be behind "such an evil program" and "certainly not on (its) own soil".