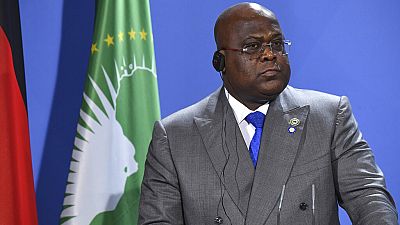 The prosecutor's office has demanded a three-year prison sentence for corruption and influence peddling against a former adviser to Congolese President Felix Tshisekedi, who claimed his innocence and asked the court to "acquit" him, during a public hearing in Kinshasa.

Prosecutor Dady Malembe asked the judges of the Kinshasa-Gombe peace court to sentence Vidiye Tshimanga to "three years of penal servitude" for "corruption, offence to the head of state and influence peddling".

Former special adviser to President Tshisekedi in charge of strategic issues, Mr Tshimanga, present in the room, has, like his defence, denounced a "relentless" against his person and pleaded for "acquittal".

"I am innocent, I ask you to acquit me so that I can resume my life as before," Mr Tshimanga told the judges on Thursday.

The president of the court indicated that the judgment would be handed down within 10 days.

The trial opened on November 14 in a case that has caused a stir in the DRC. It broke out in September, after an investigation by the Swiss news website Le Temps in partnership with the consortium of investigative journalists OCCRP (Organized Crime and Corruption Reporting Project) was broadcast.

The investigation was based on hidden camera recordings showing conversations between Mr Tshimanga and two mysterious "investors" in the mining sector.

"If we do business together, I will take my percentage of the investment and I will make money, working," Mr Tshimanga said in English, promising his interlocutors to "protect" their investment.

"In no case, I asked for a 20% retribution", the defendant defended himself.

Mr Tshimanga is not someone who wants to take advantage of power to enrich himself, "he was born into an elitist and noble family, he is a director of a mining company, president of a political party," insisted Mr Papy-Samuel Eongo, during the pleadings.

In the incriminating recordings, Mr Tshimanga boasted of his closeness to President Felix Thisekedi, indicating in particular that he had participated in the financing of his electoral campaign in 2018. "If I ask (the president) for something, he gives... I am the president ..." he said.

During the trial, these words were presented as an offence to the head of state.

"I have a deep respect" and even "affection" for the President of the Republic, "they wanted to take my words out of context," defended Mr. Tshimanga, saying that the prosecution sought to have him "convicted to respond to public clamour.