Team USA is mounting one last-ditch effort to earn a spot in the Qatar World Cup knock-out stage.

The squad will play a tense and critical game against Iran on group B's final day on Tuesday (Nov. 29)

The Stars and Stripes will count on Tim Weah the only scorer for the team in 2 matches.

The 22-year-old is the son of George Weah, Liberia’s acting president and the only African player awarded the ballon d’Or prize.

Together, they celebrated Weah Jr first' goal in Qatar.

"Just thank God, thank my family, thank my teammates for pushing me everyday. It's a dream come true to score in the World Cup. Hopefully, I can provide more for the team", he said during after the draw against Wales.

The last World Cup clash between the United States and Iran 24 years ago is considered one of the most politically charged matches in soccer history.

Iran have three points, and a draw would take them into the round of 16 as long as Wales fail to beat England, ealier on Tuesday evening. 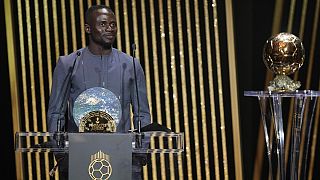 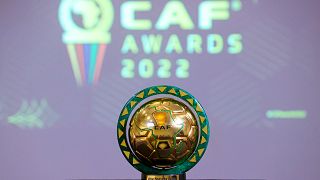