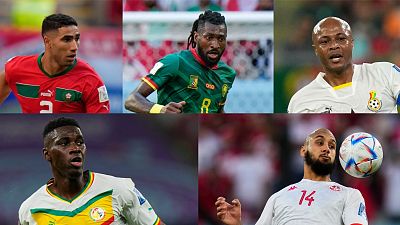 None of the five African teams at the World Cup won their first match in the group stage.

Ghana lost, like Senegal and Cameroon, while Tunisia and Morocco drew their games. African teams are struggling even though each squad had its say and could have, with a bit of luck, or efficiency, pocketed the much coveted three points of victory.

Sadio Mané's abscence on injure was felt by the Senegalese team. The Lions hit a brick wall on the Dutch defense. The trio Sarr-Dia-Diatta was too soft despite a successful first half. There is still room for hope, especially if on Friday (Nov. 25) they win and eliminate Qatar.

The host country fell very badly by losing 2-0 to Ecuador in the opening match, after a very weak performance. The Netherlands, supposedly the strongest nation in the group, already seem untouchable.

The Tunisians, who have seriously upset Denmark 0-0, have kept all their chances to pass this first round. They will have to deliver against Australia (on November 26) and think about maintaining a goal difference which could be crucial when it comes to the final score. On November 30, they'll play France.

The reigning champions are burdened by injuries to their stars (Pogba, Kanté, Benzema, Kimpembe, Nkunku, Lucas Hernandez). Still, they started with a convincing victory against the Soccerroos (4-1) and will qualify if they beat Denmark on Saturday (Nov. 26).

Morocco remain in the race for qualification after drawing 0-0 with Croatia, the 2018 World Cup finalists and still the logical favourite to qualify. Walid Regragui's men are looking forward to the clash against Belgium on November 27. On their side, they count five Belgian born (Selim Amallah, Ilias Chair, Anass Zaroury, Bilal El Khannouss). They'll then play Canada on December 1st.

The Red Devils sit atop group F ranking. Thanks to a narrow 1-0 victory against Canada. They can secure a ticket to the last eight if they beat Morocco on Sunday (Nov. 27).

Switzerland took three precious points against Cameroon (1-0), thanks to a goal of Breel Embolo, native of Yaoundé. On the Indomitable Lions's part, the task already seems insurmountable.

Rigobert Song can have regrets when thinking about the beautiful first period of his men against the Nati.

They'll need to cool their heads and play against Serbia on November 28. Then will meet world-record holder Brazil on December 2nd.

Brazil started its World Cup campaign on a high note. The Seleção beating Serbia (2-0) Thursday (Nov. 24), thanks to a double by Richarlison. He executed a bicycle whirl from amid the box to score! That can undoubtedly be listed among the most beautiful goals since the beginning of the competition.

Andre Ayew and his partners worked hard during a thrilling opener. Most notably, they score the first two African goals of the World Cup. A close-range shot from Abedi Pele's eldest son and a nice goal from Osman Bukari.

Despite the efforts, they faced a strong Portugese team who was carefully watched. Cristiano Ronaldo entered Thursday (Nov. 24) in the legend of the World Cup, becoming the only player to have scored at least one goal in five World Cups. Portugal proceeded to beat Ghana (3-2).

Since Uruguay and South Korea did not score (0-0), the round of 16 remains accessible for the Black Stars even though they sit for now at the last spot of group H. They'll play the Taegeuk Warriors on November 28 and the Celeste on December 2. 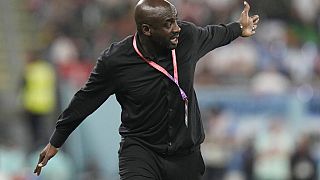 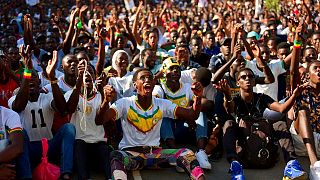