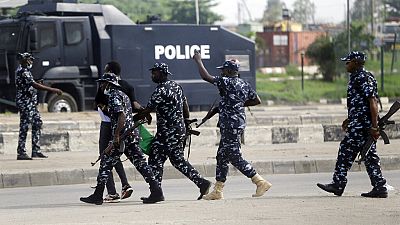 A group of gunmen killed three police escorts and kidnapped the manager of a Nigerian oil company in southeastern Nigeria, the latest incident in the region, police said Friday.

Dressed in military uniforms, the attackers ambushed and fired on the convoy of a senior oil executive in the Rumuokoro area of Port Harcourt, capital of Rivers State and Nigeria's oil capital, on Thursday.

"Three policemen escorting the executive were killed while the man was kidnapped and taken to an unknown location," regional police spokeswoman Grace Iringe-Koko told AFP.

The gunmen, posing as a military patrol in a green car, signalled the convoy to stop before opening fire and killing the policemen, she said.

The police said the kidnapped man is the director of IGPES Group, a Nigerian oil and gas company based in Port Harcourt.

An investigation is underway, Iringe-Koko said.

So far, no group has claimed responsibility for the attack.

But kidnappings for ransom are common in Africa's most populous country. Criminals target both wealthy businessmen and poor farmers, who are victims of mass kidnappings in the north.

The Niger Delta is home to billions of dollars worth of oil and gas resources. But residents live mostly in poverty due to decades of pollution and neglect, corruption and a lack of redistribution.

In the 2000s, gunmen kidnapped hundreds of oil company employees, including foreigners, to protest against the unfair exploitation of resources.

Nigeria, an OPEC member and one of Africa's largest crude producers, loses up to US$2 billion annually due to widespread oil theft and pipeline siphoning in the region.